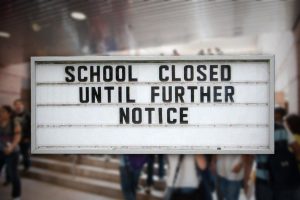 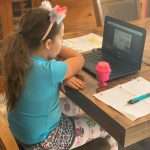 It’s a strange thing to have something you have expected to last for a certain period of time, come to an abrupt end. You find yourself hanging in limbo, and it can become depressing, or I suppose it could become exhilarating, if it was something you didn’t really like anyway. Such has been the case with the 2020 school year, and the Covid-19 Pandemic that changed everything. Yes, the students are still in class, at least virtual class, but it really isn’t the same. I understand about homeschooling, but for parents who did not expect to make that commitment, it can be a daunting task. There is more to it than just the classwork too. Kids need structure, and having summer begin at Spring Break threw everyone into a tailspin. At first it just seemed like a really long Spring Break, then when the virtual classes started, they really started to miss the time spent with their friends and their teachers…even the tough ones. It seems that being in class with a teacher who makes you work for your grade, is preferable to being at home with your parents acting as your teacher, and you are in detention, even if you did nothing wrong.

At first, when it was just the extended Spring Break, and people were staying at home, no one really noticed that he kids were out of school. Then, as the weather got warmer, people got out on the trails and on the playgrounds, still “social distancing,” but getting a little bit of fresh air and removing themselves from the “cabin fever” that was quickly threatening their sanity. Suddenly, we became very aware that these kids should be in school. While the weather was warmer, it wasn’t summer yet. The school year of 2020 had only officially run for seven of the nine months it was supposed to. In fact, truth be told, school should still be in session…even now. And yet, while summer vacation is not here yet, the schools are closed. The 2020 school year hasn’t officially ended, and it isn’t officially in progress either. Parents are worried about the education their kids got this last quarter. Virtual classes were shorter that normal, and so the kids spent far less time in virtual class too. Nothing about the last quarter of school was normal. The kids didn’t always get to class, but did the homework, thinking it was enough, and for some of them, maybe it was, but what of the rest of them…the ones who needed that class time. Were they left hanging…time will tell, I guess.

The next school year is still up in the air too. There are schools who have said that they will open, and others who will continue the virtual program. That has parents up in arms too, because they are preparing to go back to work, and they will need someone to be home with their children while they work. A virtual teacher doesn’t really replace the safety of being in the classroom with a teacher in charge. All the “experts” have said that life is going to take on a “new normal,” and they may be right, but I think that if school doesn’t start back up next 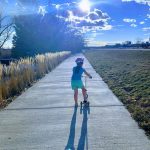 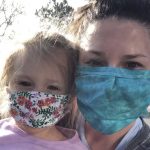 school year, there will be a lot of parents who might need to start taking Prozac or something similar. Most parents find themselves impatiently awaiting the end of summer so the kids can go back to school, but this year was like the summer that never ended. The kids are just as bored, and there was no place to send them. The pools aren’t going to open, the rec centers either, and there is only so much a kid can do at the school playground. The walking paths are frequented by kids on bicycles and longboards, and even kids walking their dogs, but the reality is, these kids need to go back to school. They are designed to be social beings, not socially distanced.