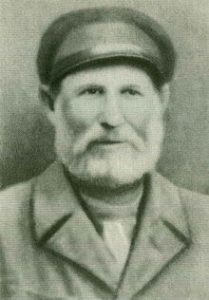 When we think of war heroes, civilians seldom come to mind. The reality is that there are many, many civilian heroes in any war. Each of those civilian heroes has their own reasons to take the actions they take. The one similarity is that most of them simply cannot continue to support a government that is committing the atrocities they commit, and so they have to take action, or they can’t look themselves in the mirror again. Sometimes, a change of heart comes because they see the cruelty of the country they live in. Other times, the change comes when they see that their countrymen are not even safe from their own government. Finally, completely disillusioned, they find themselves without alternative options, when they come face to face with the enemy within their own boarders.

Matvey Kuzmich Kuzmin was born on August 3, 1858 in the village of Kurakino, in the Velikoluksky District of Pskov Oblast. He was a self-employed farmer who declined the offer to join a kolkhoz or collective farm. He lived with his grandson and continued to hunt and fish on the territory of the kolkhoz “Rassvet” (Dawn). He was nicknamed “Biriuk” (lone wolf).

During World War II, the area Kuzmin lived in was occupied by the forces of Nazi Germany. In February 1942, Kuzmin had to help house a German battalion in the village of Kurakino. The German unit was ordered to pierce the Soviet defense in the area of Velikiye Luki by advancing into the rear of the Soviet troops dug in at Malkino Heights. Kuzmin had to do what he had to do…like it or not. On February 13, 1942, the German commander asked the 83 year old Kuzmin to guide his men to the Malkino Heights area, and even offered Kuzmin money, flour, kerosene, and a “Three Rings” hunting rifle for doing so. Kuzmin agreed, but he knew that with information on the proposed route, he could make a difference. He sent his grandson Vasilij to Pershino, about 3.5 miles from Kurakino, to warn the Soviet troops and to propose an ambush near the village of Malkino.

The plan was for Kuzmin to guide the German units through straining paths, through the night. He lead them to 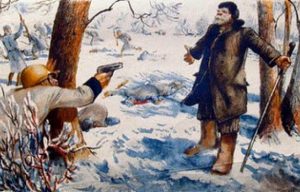 the outskirts of Malkino at dawn. When they arrived, the village defenders and the 2nd battalion of 31st Cadet Rifle Brigade of the Kalinin Front attacked. The German battalion came under heavy machine gun fire and suffered losses of about 50 killed and 20 captured. In the midst of the ambush, a German officer realized that they had been set up and turned his pistol towards Kuzmin. He shot him twice. Kuzmin died during the fight. He was buried three days later with military honors. Later, he was reburied at the military cemetery of Velikiye Luki. He was posthumously named a Hero of the Soviet Union on May 8, 1965, becoming the oldest person named a Hero of the Soviet Union based on his age at death.