So Much Lost Time 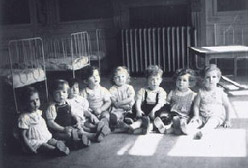 I was thinking about Sir Nicholas Winton, who saved 669 Jewish children from the brutal activities, and almost certain death that was being dealt out by Hitler during World War II. Of course, Sir Winton wasn’t the only person who stepped up to help wage their own battle against the Third Reich. Many people in Nazi occupied areas took in families in desperate need. When word is the deportations to the ghettos came down, some parents had to make the horrible choice to give their children to friends and neighbors to “hide” them in plain site, raising them as their own, and everyone hoping to be able to return them to their own parents after the war. The problem was that so many of the parents were killed in the camps. 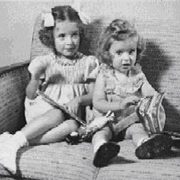 After the war was over, many of these children did not remember their parents. They were too young when they were given to people to care for. That created a new and almost more difficult situation. Some of the foster parents had fallen in love with the children in their care, and the viler knew no other family. Still, they were not their children. It was a heart wrenching situation. The other problem was that due to bombings, many of the homes housing these “hidden” children were gone, and they had no way to let anyone know where they had gone. That made it even more difficult to return the children. And some people couldn’t bear to part with the children anyway. 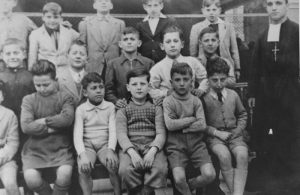 That left parents devastated and without recourse.

Some children were reunited with their parents quickly and some took years…if ever. I wonder about the ones that took years, because of the immense loss they must have felt over so much lost time. You just can’t get that time back, and you can’t change whatever the children endured in their lives. Everyone just had to let go of the past and go forward, as best they could. There was no way to go back to their pre-war lives. Each had changed, some were forever missing, and some were lost to the horrific hatred that was Hitler’s Third Reich.

2 Responses to So Much Lost Time