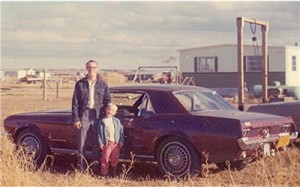 My brother-in-law, Ron Schulenberg has been my brother-in-law for so long that he is really more my brother that brother-in-law. Ron was just 6 years old when Bob and I started dating. We used to take him places with us when most people he knew made him feel like he was in the way. He was too little to do much in the way of chores, and he couldn’t really help his dad work on a car. Everybody just kept telling him to, “Go play.” That is a big bummer for a little guy who just wants to be a part of what he sees as “the fun.”

While Ron gets to “play” with the big kids these days, his idea of “fun”

hasn’t changed one bit. He still wants to play with the big toys. These days, as a mechanic, Ron can work on anything from a car to heavy equipment. He probably knows more about the equipment he works on that his dad ever did. His dad was an excellent mechanic too, but so much has changed over the years, and mechanics is no different. Computers have changed everything about how we work on things, In fact, some things won’t even tell us what is wrong without a computer. As these technological changes come into play, mechanics have to change with them. The problem for the older mechanics is that they are used to the old ways, or they have retired, and don’t have access to new technology. Then their own car needs work, and the don’t have the technology. Enter the younger guys. 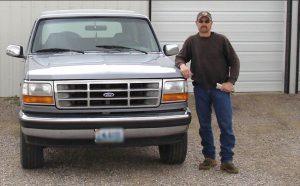 Suddenly, it’s Ron who knows how to work on the new stuff. I suppose he could have told his dad and big brother to “go play,” but that wouldn’t be his style. Maybe because he knew how it felt, or more likely because he understands that there is a time to play with the big boys, and a time to wait your turn. For Ron I’m sure he knew that the time would come when he would be the one with the much needed knowledge. The other men would need to come to him for help. Yes, he could rub it in, but he didn’t. He is the go-to guy, and he is ready to help when he is asked. Today is Ron’s birthday. Happy birthday Ron!! Have a great day!! We love you!!