Council For The Assistance Of The Jews 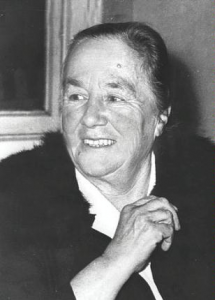 When Hitler began his reign of terror on the Jewish people, along with several other groups that he considered undesirables…the groups who were not of the “Aryan Race,” he proceeded to do unspeakable things to these poor people who could not fight back because they had no weapons. They were a peace-loving people who were just trying to get along with those around them, and those in power. Unfortunately, Hitler didn’t care if they were peace-loving, if they wanted to get along, or be cooperative. Their only crime was that they were not of the “Aryan Race.” For anyone who doesn’t really understand the concept of Aryan, it is this: “The Aryan race is a historical race concept which emerged in the period of the late 19th century and mid-20th century to describe people of Indo-European heritage as a racial grouping.”

When Hitler, invaded Poland, he quickly began to turn people against the Jewish people. These people had been living as a part of a community, making an important contribution to Polish society. Hitler began by polluting the minds of the young people first, and then the older people against the Jewish people, saying that they were thieves, and that everything they owned rightfully belonged to the “Aryan” people. Many of the people bought into Hitler’s lies and hatred, but there were those who did not. The problem was that even those who did not agree to help the Jews, had to be careful, because if they didn’t turn in those who helped, it was considered harboring criminals. If they were caught helping the Jews, they could be sent to the work camps or executed.

Since the German invasion of Poland in 1939, the Jewish population had been either forced into ghettos, transported to concentration and labor camps, or murdered. Jewish homes and shops were confiscated and synagogues were burned to the ground. By 1942, things were getting really tough in Warsaw, but a group of Polish Christians refused to stand by and do nothing. So, they put their own lives at risk when they set up the Council for the Assistance of the Jews. The group was led by two women, Zofia Kossak and Wanda Filipowicz. Word about the Jews’ fate finally leaked out in June of 1942, when a Warsaw underground newspaper, the Liberty Brigade, made public the news that tens of thousands of Jews were being gassed at Chelmno, a death camp in Poland. It had been almost seven months since the extermination of prisoners had begun.

At first, people didn’t believe what they heard about the “Final Solution,” which was the mass extermination of European Jewry and the growing network of extermination camps in Poland. Soon, it was difficult to deny. Nevertheless, little was done to stop it. Angry speeches from politicians, followed by threats of postwar reprisals, were heard in places outside Poland. Within Poland, non-Jewish Poles were themselves often the objects of persecution and forced labor at the hands of their Nazi occupiers. Because they were Slavs, they too were considered “inferior” to the Aryan Germans, and therefore, only good as servants and slaves…according to the Nazis anyway. Zofia Kossak and Wanda Filipowicz didn’t care that they could lose their lives, what was going on, was wrong and they could not stand by and do nothing. These two Polish Christians were determined to do what they could to protect their Jewish neighbors.

History says that both women died in 1968, but it is unclear what caused Kossak and Filipowicz’s deaths. It is also unclear whether their mission was to protect the Polish Jews was successful. No matter what the outcome of their plan was, they did the right thing. They saw something that wasn’t right, and they tried to do something to correct the situation. Kossak and Filipowicz were not alone in their struggle to help either. Just two days after the Council was established, the SS, Hitler’s “political” terror police force, rounded up 23 men, 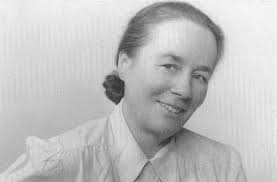 women, and children, and locked some in a cottage and some in a barn. Then they burned them alive. Their crime: suspicion of harboring Jews. They were not convicted or tried, they were just murdered.

The Nazi death machine proved overwhelming, even with the bravery of some Polish Christians, and Jewish resistance fighters within the Warsaw ghetto, who rebelled in 1943. Some of the Polish Jews found refuge among their Christian neighbors, in an attempt to elude the SS. Poland became the killing ground for not only Poland’s Jewish citizens, but much of Europe’s as well…approximately 4.5 million Jews were killed in Poland’s death and labor camps by the end of World War II.