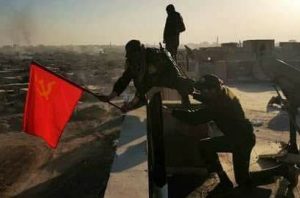 The ending of a war, does not always mean the beginning of peace, or even the end of fighting. Those who lost, don’t usually like the fact that they lost. As World War I drew to a close, angry rebels in both Germany and Austria-Hungary carried out a revolt on November 3, 1918, raising the red banner of the revolutionary socialist Communist Party and threatening to follow the Russian example in bringing down their imperialist governments.

By the last week of October 1918, three of the Central Powers…Germany, Austria-Hungary, and the Ottoman Empire…were in talks with the Allies about reaching an armistice, while the fourth, Bulgaria, had concluded talks in September. On October 28, approximately 1,000 sailors in the German navy were arrested because they refused to follow orders from their commanders to launch a last-ditch attack against the British in the North Sea.

The rebels soon immobilized the German fleet. Then, the resistance spread to the German city of Kiel, where some 3,000 sailors and workers raised the red flag of communism on November 3. Admiral Wilhelm Souchon, the governor of Kiel, quickly called on naval officers who were loyal to the government to suppress the revolt. During the ensuing battle, eight rebels were killed, but the general resistance continued. 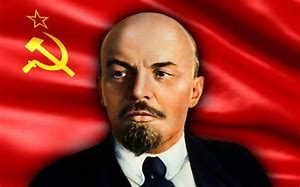 Meanwhile, the revolution was spreading in Vienna, as well as in Budapest, where the former Hungarian prime minister, Count Istvan Tisza, was assassinated by members of the communist-led Red Guard on October 31. By now, the empire was in shambles, so the Austro-Hungarian government secured an armistice with the Allied powers on November 3rd, ending its participation in World War I. That same day in Moscow, at a mass rally in support of the Austrian rebels, the communist leader Vladimir Lenin declared triumphantly: “The time is near when the first day of the world revolution will be celebrated everywhere.” It seems that evil will try to reincarnate, wherever it can find a group sympathetic to its cause.