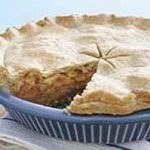 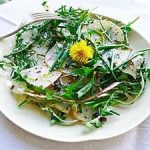 No, I’m not talking of foods to eat when you are feeling depressed, although the Great Depression really did qualify as depressing. Nevertheless, as I was considering the days of the Great Depression, I wondered what foods the people had survived on, when money was scarce, and food was suddenly expensive…more so than these days, when you consider the lack of jobs and money. People were forced to re-evaluate their priorities and their food choices.

It was at this point that foods like Bisquick, Good Humor ice cream bars, Kraft macaroni and cheese, Krispy Kreme doughnuts, Kool-Aid, Toll House chocolate chips, Ritz Crackers, and Spam appeared on the scene. They were inexpensive foods then, and they have never left us. To this day, some people call them “broke food.” In many ways, foods had to be more filling, more calorie laden, because you didn’t always get to eat as much as you wanted. That makes the calories important. Some foods became too pricey. Less expensive options on things became a must. Crisco was a less expensive option to butter, Oscar Meyer Wieners replaced more costly sausages, Maxwell House Sanka coffee was an option to whole bean coffees, Heinz Ketchup was used as the base for a simple tomato soup, Underwood Deviled Ham substituted fresh lunch meat, Carnation evaporated milk replaced fresh milk, Ground acorns became a substitute for coffee. People added chicory to extend the coffee supplies, while honey, molasses and corn sweeteners replaced sugar, because sugar was at a premium, and later on in World War II, it was rationed.

It wasn’t just the new foods that were strange, but rather what people made with some of them, that amazes me. Basically, foods changed from what we had known before, because fruits, vegetables, and meats weren’t as readily available. Things like meatless meatloaf and appleless apple pie appeared on the scene. Meatloaf became “anything” loaf…from meatless meatloaf made with everything from peanuts to raisins to liver loaf, families used their creativity and whatever was available to make this alternative to the weekly favorite. With a shortage of apples came the “mock apple pie” which substituted apples for crumbled crackers sprinkled with flavored syrup and cinnamon, all baked into a crust. The most famous of these recipes appeared on the back of the Ritz cracker box in 1934, the “Ritz mock apple pie” was an instant hit. Things like chipped beef on toast or waffles was also a staple, and one my mom, Collene Spencer picked up from her mom, Hattie Byer. Mom liked it so much that it was something we had from time to time. Basically, it used a little chipped beef and a lot of gravy. I can see how it would have been a staple in the Great Depression, because it was very filling. And of course, my personal favorite, and one I still love since my grandmother first made them for us, Potato Pancakes. Because of the wide availability and low cost of potatoes, Depression-era cooks used potatoes as substitutes in other dishes. Potato pancakes, made with grated potatoes cooked or fried in a pan, was a common dish at every meal. We loved them, and nobody made them like Grandma.

People foraged in their yards too. These days, many people drink Dandelion Tea or put Dandelion leaves in their salad. Of course, the dandelions we use today have to be carefully cultivated, because most of us try very hard to kill them when they spring up in our gardens. Weed killer would not make for “healthy” dandelions. Wild onions were also used, and were something I remember Mom telling us about. She loved them. Of course, people who knew about plants could forage for herbs that could be used for everything from seasoning to medicine. Most of us today don’t really know many of the herbs in the wild, although we might know them if we plant them from a seed.

Soups took on various new forms too. Mulligan Stew came about from those who were homeless, because it entailed putting in anything that was available. Some people actually went so far as to put lint in to make it more filling. “Tomato” soup even took on new forms, substituting Ketchup for tomato sauce. And they even managed to have dessert sometimes. Prune Pudding was founded during this time. Prunes were easy to store, 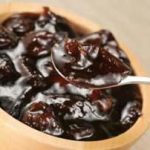 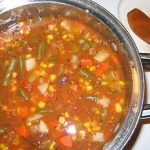 widely available, and much less expensive than other fruits, while providing needed nutrients to the Depression-era diet. The fruit is packed with fiber and supplies almost one-third of your daily needs for Vitamin K. And it already had sweetness, so there wasn’t much to do, but heat it. While some of the foods of the Great Depression era where designed to fill people up, some managed to be nutritious too. Either way, some of the foods developed back then are still with us today, and there are still a lot of us who have had some of the recipes that were developed in those days, by our grandparents.