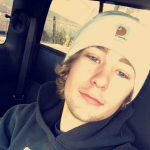 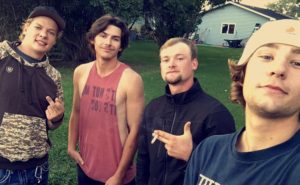 My nephew, Riley Birky is a man who has a big heart. He truly cares about the people around him, and while he is not always able to do anything to fix the problems his friends might have, that certainly doesn’t keep him from having a deep desire to help if he can. Sometimes, I think that carrying around the…almost burden of having such a big heart can be hard on the guy who has said big heart. When they are unable to change the outcome they tend to carry the weight of it, as if it were their failure. It isn’t, of course, but it is how they tend to feel. Nevertheless, Riley has a good group of buddies, and they have good times together.

Riley has grown into a good man, who lives on his own now, and works to support himself. He is a responsible worker, who is well liked. He is working for a fencing company, as an installer. Riley has never been afraid of hard work, and has done a variety of heavy duty jobs in his lifetime. As an adult, he has proven himself to be capable and reliable. I think he will do well in whatever job he does or career he chooses.

Riley loves his mom, my sister-in-law, Rachel Schulenberg very much. She has been supportive of him all his 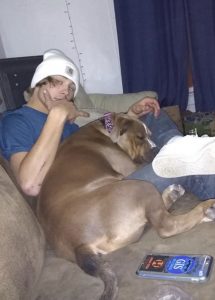 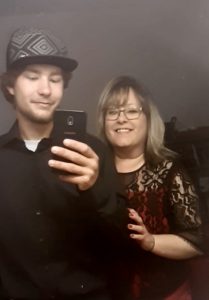 life, and he has nothing but respect for her. Oh, they have their disagreements, but when it comes right down to it, his mom is his hero, as well as his biggest cheerleader. He knows that he can always count on her to be there for him…even if that means encouraging him do the right things. In reality, that is what most kids want to do anyway.

Riley has a dog that he loves very much. Nala is an American Bully Pitbull Terrier. Nala came to Riley as a puppy, but she is growing like a weed. She has a beautiful, soft brown coat that is very shiny. She loves Riley very much, and the feeling is mutual. Riley has always had a heart for dogs, and Nala is Riley’s baby girl. Their companionship makes both of them very happy. Today is Riley’s birthday. Happy birthday Riley!! Have a great day!! We love you!!