A Blessing To His Family 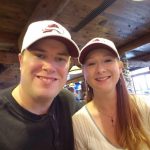 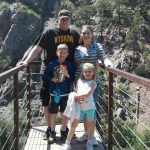 My nephew, Ryan Hadlock is very much a family man. He and his wife, Chelsea have a son, Ethan, and a daughter, Aurora. Ethan is in midget football right now, and Ryan never misses a game. Ryan also attends all the kid’s school performances and activities. Recently, he took Aurora on a Daddy/Daughter Date. He has also attended the Donuts with Dad event, and all their other activities too. Ryan is a great husband to his wife, Chelsea, and they are very happy together. They just celebrated their 11th anniversary in April, and they are still going strong.

Ryan is a helpful guy. Not only with his own family, but with his parents, sisters, and other family members as well. As his parents, Allyn and Chris Hadlock have been working on the new home they are building, Ryan has been there to help them whenever he could. Ryan helped his parents insulate the upstairs in the new house, and he helps his dad in the garage a lot. He helps his brother-in-law, Jason Sawdon anytime he needs it. When his youngest sister, Kellie Hadlock bought her first house, Ryan was quick to help her move, paint, and fix things in her house. He winterized the sprinklers at his house, his parents’, and Kellie’s house too.

He loves his nieces. Being an uncle was something he was really looking forward to and he hasn’t disappointed in that department. Nieces, Adelaide Sawdon and Mackenzie Moore love him so much. He is so fun, and dotes on the little girls. He loves to tease and laugh, but he also has a calm demeanor that adds great value to his whole family. My sister, Allyn tells me just how much fun it has been to see him as a dad and an uncle. They are two roles that he has really excelled in.

He has a calm demeanor that adds great value to their family, but never mistake his “calm demeanor” for a 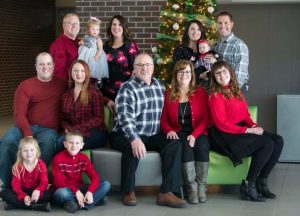 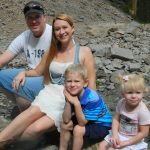 lack of a sense of humor, because you will definitely be caught off guard. Ryan is a great son and brother too. He has helped his sister Kellie a lot in her new house. Ryan and brother-in-law, Jason Sawdon helped her move. Ryan loaned Kellie his lawn mower, gave her a weed eater, and made sure her bed was put together. I’d say Kellie has been very blessed in the brother/brother-in-law department. The whole family has been very blessed with Ryan. Today is Ryan’s birthday. Happy birthday Ryan!! Have a great day!! We love you!!