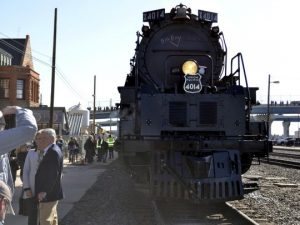 One Response to Transcontinental Railroad