Vanished Without A Trace 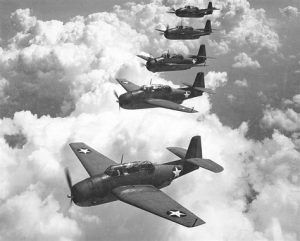 I have always been one to think that there is a logical explanation for everything that happens, but in the case of the Bermuda Triangle, it’s hard to stick to logical thinking, because it doesn’t follow logical lines. Over the past centuries, many ships and air planes have disappeared or met with fatal accidents in the triangular area on Atlantic ocean known as Bermuda Triangle. There are several cases in which no trace of the ships and aircraft were found even after extensive search operations were carried out for hundreds and thousands of square miles in the ocean.

So…what happened to them. Of course, there have been many theories from a black hole to a time warp, but whatever it is, something happens to ships and planes in the Bermuda Triangle. Incidents of disappearances have been documented since the 1600s and continue today. There have been various explanations and theories behind these incidents, but in many cases the incidents are still unexplained. 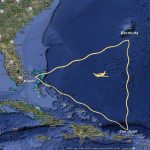 In one shocking incident in 1945, a whole squadron of five training flights took off from Florida naval base under the leadership of an experienced captain. The planes never returned to the base. No one has come up with an explanation for the disappearance, and in fact, a Martin Mariner flying boat that was sent for the search operation, went missing too. None of these planes was ever heard from again.

In another incident in 1918, a large well known cargo ship went missing in the triangle area without a trace. All of the more than 300 crew members were lost. This was one of the largest lives lost case of disappearances in the Bermuda triangle. And there are many more such incidents. Theories such as methane gas blow out below the ocean causing ships to sink, electronic fog engulfing an aircraft and taking it to unknown zone, hurricanes destroying aircraft, and several other such theories try to explain such cases. They happen randomly, and not even once a year. That said, there is no way to anticipate them. For that reason, we are always shocked when 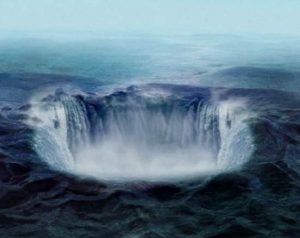 the latest incident happens. Tornado and severe weather warnings exist. We know when hurricanes are coming. We even know when snow or rain storms are coming. Unfortunately, these disappearances, like earthquakes are still very unpredictable. Nevertheless, from Christopher Columbus seeing strange lights and getting strange readings in 1492; to the disappearance of the Patriot, a ship which was carrying Theodosia Burr Alston, the daughter of former US Vice President Aaron Burr disappearing in 1812; to the latest event, the small private twin engine Mitsubishi MU-2B-40 fell victim to the Bermuda triangle on May 15, 2017 while flying from Puerto Rico. across a corner of the triangle to south Florida. The weather was fine, were no warnings…they simply vanished.