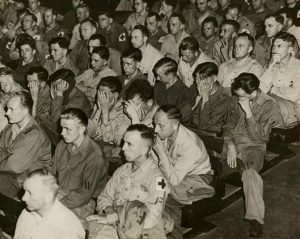 A couple of days ago, I wrote a story about the denazification process that took place in post-World War II Germany and in the American concentration camps. while the story inspired thoughts of horror as the German soldiers discovered the truth about the atrocities of Hitler, it also made me a couple of my readers think about events that are far more recent. the feelings that American citizens have against each other in these tumultuous times in which we live. It makes me wonder, just how we got here. Of course, it’s the same way the Nazis got to where they were…hatred.

Nevertheless, I think there is a bigger problem in this day and age, because along with the hatred there is a civil war of sorts going on. The political controversy between Republicans and Democrats has taken a turn toward different forms of hatred. My readers cited the recent shootings at a Jewish temple in Pennsylvania, which very much reminds us of the hatred that Hitler had for the Jewish people, but that isn’t all there is to it. Slavery was abolished many years ago,and or many years racism was practically gone in America, then suddenly because of the rhetoric of a president who was set upon stirring up racism again for his own agenda, we are suddenly faced with that kind of hatred again. The hatred doesn’t follow race either. Along with the the racial fighting we have now, came the hatred for certain groups such as the military and the police.

In fact, this latest version of nazi’ism for lack of a better word, seemed to authorize the hatred of anything we didn’t agree with. To top it off, we have video games that make killing seen like a game, and mobs seem like 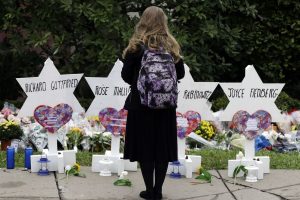 fun. There are even games played with text messages to bring mobs together to terrorize. People have been so desensitized to death from television, games, and movies, that I’m not even sure that making people sit and watch a movie showing what was happening would really change anything. The news already does that, and we have become used to that too. So, how do we change this present world from one in which hatred is the excepted normal to one that understands the value of life…all life, not just one race or one group. Of course, the only real way to do that is to learn to love each other. Will that stop the political wrangling? Probably not, but if we realize that we can have a difference of opinion and still love each other, maybe we can move in that direction.