Murder In The Skies 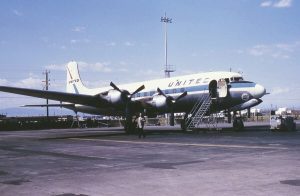 Most plane crashes are caused by pilot error or mechanical failure, but sometimes, someone commits an act of terrorism, or as in the case of United Airlines Flight 629 someone commits an act of hatred aimed at one person. These acts are never rational, and this one certainly wasn’t, because Jack Gilbert Graham was not a rational man. I think many, if not most of us have thought at one point or another that our parents were somehow meaner to us than any other parent in the universe, but Jack Graham took that obsession to the next level. He decided that his mother was responsible for giving him a horrible childhood, and so he decided to take his revenge on her by placing a bomb in the luggage she was checking.

His mother, Daisie Eldora King, who was a 53 year old Denver businesswoman was en route to Alaska to visit her daughter. Her flight United Airlines Flight 629, registration N37559, was a Douglas DC-6B aircraft also known as “Mainliner Denver.” The flight had originated at New York City’s La Guardia Airport and made a scheduled stop in Chicago before continuing to Denver’s Stapleton Airfield and landed at 6:11pm, 11 minutes late. At Denver the aircraft was refueled with 3,400 US gallons of fuel, and had a crew replacement. Captain Lee Hall, who was a World War II veteran, assumed command of the flight for the segments to Portland and 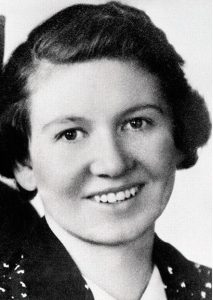 Seattle. The flight took off at 6:52pm and at 6:56pm made its last transmission stating it was passing the Denver omni. Seven minutes later, the Stapleton air traffic controllers saw two bright lights suddenly appear in the sky north-northwest of the airport. Both lights were observed for 30 to 45 seconds, and both fell to the ground at roughly the same speed. The controllers then saw a very bright flash originating at or near the ground, intense enough to illuminate the base of the clouds 10,000 feet above the source of the flash. Upon observing the mysterious lights, the controllers quickly determined there were no aircraft in distress and contacted all aircraft flying in the area; all flights were quickly accounted for except for United Flight 629. The date was November 1, 1955.

The plane was blown up over Longmont, Colorado at about 7:03pm local time, while en route from Denver, Colorado, to Portland, Oregon, and Seattle, Washington. All 39 passengers and five crew members on board were killed in the explosion and crash. There was early speculation that something other than a mechanical problem or pilot error was responsible, given the magnitude of the in-air explosion. Investigators determined that Jack Gilbert Graham was responsible for bombing the airplane to kill his mother as revenge for his childhood and to obtain a large life insurance payout. Within 15 months of the explosion, Graham, who already had an extensive criminal record, was tried, convicted, and executed for the crime. 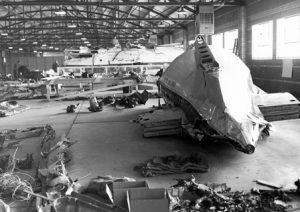 It was a horrible thing. One sick man committed murder in the skies, by killing his mother with a bomb, and in the process killed 41 other people too. I don’t know if he though the could really get away with it, but investigations are pretty sophisticated…even back then. It amazes me that they can take all those plane parts and examine them…somehow finding the source of the explosion, and tracing it back to the source. Then, by finding out who the luggage belonged to, they figured the whole thing out. Criminals really aren’t so smart, even though they think they have it all figured out. It is just sad that 42 people lost their lives, because some spoiled brat of a child thought his mom was too harsh when he was a kid…with no evidence to prove his point at all.