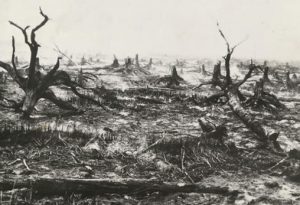 Where there is a forest, there is a possibility of a massive forest fire. The area around Moose Lake in Minnesota, had just such a fire that started on October 12, 1918. The fire, known as the Cloquet-Moose Lake fire, killed hundreds of people and leaving thousands of people homeless. The fire burned a hug area at least 1,500 square miles. The fire, which began at the rail lines near Sturgeon Lake, did the most damage in the Cloquet and Moose Lake areas. This is a region of Minnesota, north of Duluth in the eastern part of the state.

The area was really a recipe for a major disaster of this sort. The timber industry used a crude 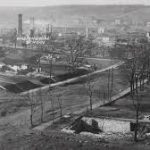 slash method in the thick forests, thus leaving behind dry scraps that were perfect kindling for wildfires. They were not careful where they left the slash either, tending to leave the scraps lying around the rail lines that carried wood from the lumber mills. Train engines of that time often gave off sparks, and when the sparks hit the slash pies, fires were nearly inevitable. The months leading up to October 1918 were very hot and dry, which made matters even worse. The fire began that October 12th, and it quickly spread due to the high winds that day. More than 200 people died in the Moose Lake area, when the fire raced into the community. Many of the local residents tried to escape the raging flames by driving down Highway 73, south of the Kettle River. The 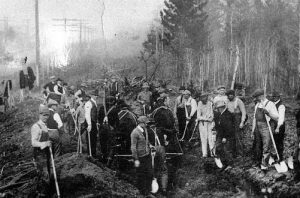 road had a very sharp curve that proved to be too difficult to maneuver for drivers who were speeding away from the flames surrounding them. At least 15 vehicles went off the road within minutes, which resulted in 25 deaths.

In all, he fire destroyed 38 towns and villages. The total dead was 453 and another 85 people were seriously burned. The area lost 4,000 houses, 6,000 barns, and 40 schools to the flames.The fire came up so quickly that there was no time to try to get the livestock out, and hundreds of thousands of farm animals also perished in the fire. It was a huge loss for area farmers. In all, the region suffered close to $100 million in damages.