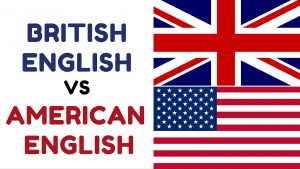 When the colonists left England to form America, they were like the younger sibling, at least when it came to language and much of how they ran the country. Nevertheless, like that younger sibling, things began to change pretty quickly. Part of the change was due simply to distance. When you don’t hear a language all the time, you begin to vary in your own speech. I didn’t really realize there was such a difference between American English and British English, other than the accent of course. Still, I noticed that more and more forms were asking which of the two I spoke. I always thought that it was an odd question, because English is English…right? Well, the correct answer is…wrong!! And when I thought about it, I knew that to be true.

The changes began almost immediately after the first Englishman set foot on American soil. It all started with “Americanisms.” These “Americanisms” have been created or changed from other English terms to produce a language that differs from our forefathers, signifying our uniqueness and independence. I’m sure our founders were rather pleased with themselves with this process, if they realized it at all. By the time of the first United States census, in 1790, there were four million Americans, 90% of whom were descendants of English colonists. When I think of the speed of that growth, it strikes me as phenomenal to say the least. Because of the large English background, there was no question that our official native language would be “English,” but it would not be the same as that spoken in Great Britain. “Americanism” means a word or expression that originated in the United States. The term includes outright coinages and foreign borrowings which first became “English” in the United States, as well as older terms used in new senses first given them in American usage.

In fact, by 1720, the colonists knew that we did not speak the same language as the people in England. The most obvious reason was, of course, the sheer distance from England. Nevertheless, that was not the only 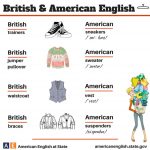 reason. Over the years, many words were borrowed from the Native Americans, as well as other immigrants from France, Germany, Spain, and other countries. We had to communicate with the people around us too, and other words that became obsolete “across the pond,” continued to be utilized in the colonies. In other cases, words simply had to be created in order to explain the unfamiliar landscape, weather, animals, plants, and living conditions that these early pioneers encountered. These things might not have existed in England.

By 1756, the English would make the first “official” reference to the “American dialect.” Samuel Johnson made note of it a year after he published his Dictionary of the English Language. Johnson’s use of the term “American dialect” was not meant to simply explain the differences, but rather, was intended as an insult. It was rather like calling our language the “low class” version of the English language. Remember if you will, that there were those who did not think the United States should ever be a sovereign nation. Years earlier…as early as 1735, the English were calling our language “barbarous,” and referred to our “Americanisms” as barbarisms. The English sneered at our language, something that continued for more than a century after the Revolutionary War, as they laughed and condemned as unnecessary, hundreds of American terms and phrases.

Our newly independent Americans, were proud of their “new” American language, wearing it, as a badge of independence. In 1789, Noah Webster wrote in his Dissertations on the English Language: “The reasons for American English being different than English English are simple: As an independent nation, our honor requires us to have a system of our own, in language as well as government.” Our leaders, including Thomas Jefferson and Benjamin Rush, agreed. It was not only good politics, it was sensible. The feelings of the “rest of the world” didn’t matter. The language changed even more during the western movement as Native American and 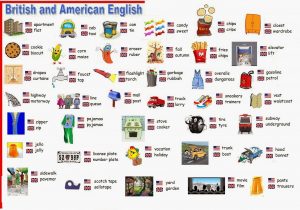 Spanish words became a part of our language.

In 1923, the State of Illinois General Assembly, passed the act stating in part: “The official language of the State of Illinois shall be known hereafter as the “American” language and not as the “English” language.” A similar bill was also introduced in the U.S. House of Representatives the same year but died in committee. Now, after centuries of forming our “own” language, the English and American versions are once again beginning to blend as movies, songs, electronics, and global traveling bring the two “languages” closer together once again.