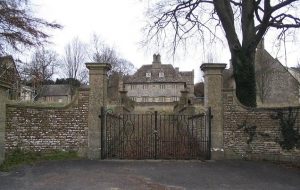 Top secret military bases are common, and have been around longer than most of us would think, but few of them would have been like RAF Rudloe Manor. Most top secret bases had very restricted access, but RAF Rudloe Manor had a way of becoming almost invisible. I’m no expert on top secret bases, and I’m sure that several are underground, but this one struck me as being the best way to hide a military base…ever!! RAF Rudloe Manor is located south-east of Bath. It is just one of several sensitive military installations situated on the Spring Quarries, Copernacre Quarry, the villages of Hawthorn and Hudswell, and the town of Corsham. In World War II the Ministry of Aircraft Production built the Beaverbrook underground aircraft factory here for Bristol Aeroplane and other companies.

The area is home to vast caverns, encompassing some 2,250,000 square feet of space, divided into many smaller chambers. Other quarries in the area were expanded and linked together, thereby forming a huge network of tunnels and bunkers. Some parts these tunnels and bunkers were used for army storage purposes. 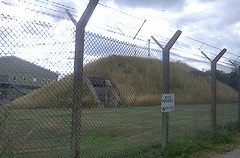 An RAF Fighter group HQ (RAF Box), and a communications switching center were also set up, making the area an important military nerve center even then. The area also housed the so-called Corsham Computer Centre which while based in Wiltshire, has been alleged to house access to a secret underground city below this English county. Many attempts have been made to gain access to, or at the very least, to confirm of the nature of, this innocent looking facility. Finally, in September of 2000, Sky News was given unprecedented access to this underground city below Wiltshire. The access didn’t specifically mention the Computer Centre as point of entry, however, the news report identified Corsham as the location. As they entered, their camera crews were invited to descend 120 feet below the surface into the previously secret underground city. They saw 60 miles of tunnels, including underground railway stations. Pictures were taken of a recently decommissioned nuclear command bunker. Interestingly, a canteen, which operated in the Second World War, still had murals painted by manufacturing engineers working on the Wellington Bomber engines.

They were told that some 4000 personnel were engaged in this secret work at that time. Sky News also transmitted 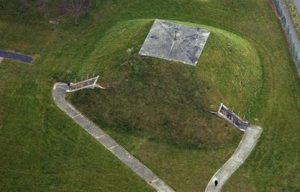 pictures of massive underground ventilation fans the size of modern jet engines. Why the Government has chosen this moment to disclose this information is anyone’s guess, but the report seemed like a complete U-turn by the military establishment in Wiltshire. Prior to this time, they had remained silent about the claims of underground facilities in this area. As if the act of not talking about it would make the suspicions go away. Still, the very fact that a work-force of 4000 people was able to keep this facility secret for 60 years goes to show how easy it is for Governments to hide their secrets away. And the base looks like just another country manor to this very day.