A Desire To Serve 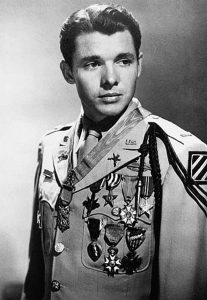 Recently, I found out that I am related to Audie Murphy, who was one of the most decorated American combat soldiers in World War II. As it turns out, he is my 7th cousin 3 times removed, on my dad’s side of the family. We share the same grandfather, Thomas Fuller, who is my 9th great grandfather, and Audie’s 7th great grandfather. Audie became an actor in 1948 and 1969, during which time he was beloved by many people, including my parents. I think they would have been very excited to find out that he was actually related to them, but then I guess they already know it by now. While his acting was impressive, it was his military career that always impressed my parents.

Audie Leon Murphy, was born on June 20, 1925 to Josie Bell Killian and Emmett Berry Murphy in Kingston, Texas. He was born into a large family of sharecroppers. Before long, his father abandoned them, and then his mother died when he was a teenager. Murphy left school in fifth grade to pick cotton and find other work to help support his family. He was a skilled rifleman, and hunting became a necessity for putting food on the table.

After the Japanese attacked Pearl Harbor in 1941, Murphy’s decided that he wanted to help, but he was too young. His older sister helped him to falsify documentation about his birthdate in order to meet the minimum-age requirement for enlisting in the military, because he was only 16 at the time. He was turned down by the Navy and the Marine Corps, so he enlisted in the Army. He first saw action in the 1943 Allied invasion of Sicily. Then, in 1944 he participated in the Battle of Anzio, the liberation of Rome, and the invasion of southern France. Murphy fought at Montélimar and led his men on a successful assault at the L’Omet quarry near Cleurie in northeastern France in October. He received every military combat award for valor available from the U.S. Army, as well as French and Belgian awards for heroism. Murphy received the Medal of Honor for valor that he demonstrated at the age of 19 for single-handedly holding off an entire company of German soldiers for an 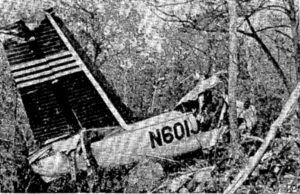 hour at the Colmar Pocket in France in January 1945, then leading a successful counterattack while wounded and out of ammunition.

After his acting career ended, Murphy, like many actors without work, experienced money problems, but still, he refused offers to appear in alcohol and cigarette commercials, because he did not want to set a bad example. He never let Hollywood take away his high moral standards. Murphy died in a plane crash in Virginia in 1971, shortly before his 46th birthday. Such a sad ending to an amazing life. He was interred with full military honors at Arlington National Cemetery. His grave is one of the most visited sites in the cemetery.

One Response to A Desire To Serve