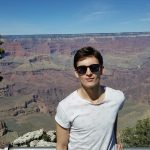 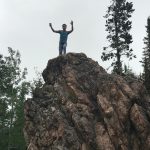 My grandnephew, James Renville is one of the nicest, kindest, most thoughtful young men that people could ever know. This is information that comes to me from the people who know him the best, and not just one of them, but rather all of them. James is a family man who dearly loves his family. For James, family comes first, and he always puts them first, even if he has to change his own plans. He is soft spoken, and thinks before he speaks, making sure that his words do not hurt others. James always thinks the best of people, even if others don’t necessarily see good in them. James looks in their heart.

As a little boy, James was very into the Ninja Turtles, and he went through a Mortal Kombat phase. For several Christmases, all he wanted for Christmas was the costumes for Mortal Kombat and Ninja Turtles. Thankfully, my sister, Cheryl Masterson, who is James’ grandmother, had the talent to make those costumes, and James was delighted in them and played with them constantly…over any other toys he had, in fact. James, Aunt Jenny Spethman was the only person to babysit him, other that his grandma, of course. James would always talk life with Jenny’s boys, and always on their level. He is always playing along with Jenny’s daughter, Aleesia such as pretending that her little vile of water is actually flower potion that he is going to pour on her brothers.

James has a great sense of humor, and loves to pull pranks on his dad, Jim Renville, and his step-dad, Dave Chase. With Dave, James might wake him from a dead sleep while he records the reaction or kicking the soccer ball into the water on the beach so that they have to go get it or saying something stupid while Dave is doing talk to text and then reaching over and hitting send before Dave has time to erase it. Hahaha!! Those guys really have to be on their toes when James is around. While James’ mom, my niece, Toni Chase doesn’t get to see the pranks he pulls on his dad, I’m quite certain that they are just as good. James is quite well known for his pranks, his sense of humor, and the fact that it’s all done in good clean fun, and never in a malicious way. You don’t expect the “victims” of a prank to enjoy the experience, but James’ “victims” actually do. The truth is that he likes to make others laugh (especially himself) at the expense of those he is pranking. He claims that he’s nothing like his dad but he really, he is a lot like his dad. Kids can rarely see that, at least until hey get older. He likes to make the ones he loves smile or do things to make them happy…Dave included. And of course, no pranking story would be complete without mentioning the fact that he is always trying to steal hugs from his Aunt Liz Masterson, because she pretends she doesn’t want them.

James is a self-disciplined man. He eats right and watches his spending. He loves to travel, especially in 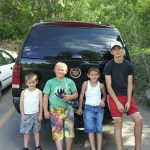 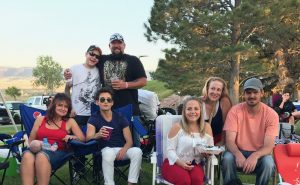 Europe, and he is saving his money from his job in the parks department for the City of Casper. His plan is to take another European vacation hopefully next year after college is out for the summer, or after he finishes college. It is my guess that James will make a number of trips there in the future. James has big plans for his future, and I know that he will be very successful. Today is James’ 21st birthday. Happy birthday James!! Have a great day!! We love you!!