Into The Yukon Territory 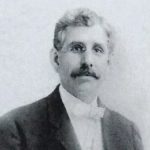 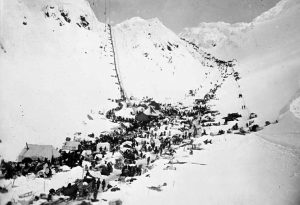 The other day I watched a documentary about the Yukon Gold Rush. Each prospector was required by the Canadian authorities, to bring a year’s supply of food in order to prevent starvation. In all, their equipment weighed close to a ton, which for most had to be carried in stages by themselves. Together with mountainous terrain and cold climate, this meant that those who persisted did not arrive until summer 1898. It wasn’t that the border patrol was being difficult, but rather that they knew that if these prospectors were to survive the extreme weather of the Yukon Territory, they were going to need every bit of those supplies, and sometimes more. It is estimated that 100,000 prospectors who headed north to the Yukon Territory between 1897 and 1898. Of those 100,000, it is estimated that 30,000 to 40,000 actually arrived in the gold fields, and of those who actually reached Dawson City during the gold rush, only around 15,000 to 20,000 finally became prospectors. The odd were certainly stacked against them.

On man, in particular, was of interest to me. His name was Albert J Goddard. Goddard was an American politician in the state of Washington. He served in the Washington House of Representatives from 1895 to 1897, but he also made the gold rush run during the stampede years. He had a very unique way of doing this, however. Goddard built a sternwheeler-utility boat, for use in the Yukon gold rush. The boat was named for him…the A. J. Goddard. What really interested me was that Goddard made several trips north with parts for the boat. The border patrol basically looked at him as if he was crazy. His load was extremely heavy, and they were certain that he would not make it. Nevertheless, when he got to the headwater lakes, he proceeded to put together his boat. Many of the people who met there to build their boats, were very inexperienced in boat building, and consequently, many of the boats didn’t fare well. The A. J. Goddard was the exception to the rule. Albert Goddard was the exception. He knew what he was doing, and his ship was a good one for all the years he used it. For Albert, the gold rush was not about prospecting for gold. I don’t know if he instinctively knew 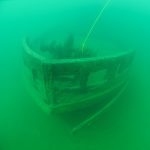 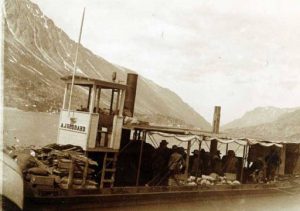 that very few people would be successful or not, but his plan was to be a transport boat to bring other prospectors to the gold fields. The A. J. Goddard made one trip to Dawson during the gold rush, was sold, and sank in a storm on Lake Laberge in 1901. I guess Goddard go out just in time, or maybe the endeavor was just not what he had in mind. The boat was rediscovered largely intact in 2008. On board the boat were artifacts of the period such as a gramophone with ontemporary recordings.

One Response to Into The Yukon Territory