She Was A Fighter 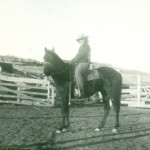 My mother-in-law, Joann Schulenberg has always been a tough lady, and I suppose that is why we found it so hard to believe that she would not win this final battle in her life. She bounced back so many times, when we all thought she was going for sure, but in the end, it was not the things we expected to take her life, like COPD or diabetes, that actually did so, but rather kidney failure, complicated by congestive heart failure. Through all of the many episodes of illness in her life, we were amazed at the strength she displayed while fighting her way back to where she had been before getting sick. This final battle would be different. She was tired, and she was ready to go home to Heaven. And while we were very sad and hated to let her go, we could not ask her to stay. She had suffered long enough.

Throughout the years that Joann was my mother-in-law, she was an inspiration to many people. She had the ability to do so many things…knitting, crocheting, sewing, canning, and oh, her baking!! Mom could make a “Murder Cake” that could easily destroy any diet, because it was irresistible. “Murder Cake” was a chocolate cake with so much gooey, yummy fudge that the frosting became a part of the gooey cake. Maybe it was called “Murder Cake” because it murdered your diet. It was also my mother-in-law who introduced me to Squash and Pancakes, a dish that sounds like it should be awful, but one bite, and you are hooked. My husband, Bob; daughter, Amy; and I look forward to summer just for the squash and pancakes.

Having been raised in the country or small towns, the country was where Joann felt mostly at home. It was where she raised her children, and where one of them still lives today. She felt like it was easier to keep track of all those kids, if she had them out in the country, and when the family lived in Mills while the older children were in grade school, she finally told my father-in-law, Walt, that he needed to get the family back out in the country. And so he did. For the first 23 years of my marriage into the family, that is where they lived, and then because of health issues, they made a trade for a house in Casper…right on one of the busiest intersections in town…13th and McKinley Streets. While my mother-in-law said she hated the noise of the traffic and many emergency vehicles, she sure loved to look out the window to see what was going on out there. She secretly enjoyed the flurry of activity that was always going on out on the busy streets, and while Alzheimer’s Disease 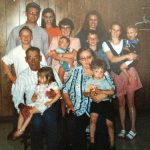 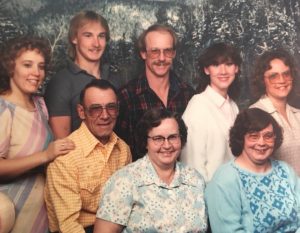 might have taken her most recent memories away, she always had her favorite pastime…people watching, whether they be in traffic, walking, or on television. My mother-in-law’s Alzheimer’s Disease was the kind that kept the funniest things in life in the forefront of her memory, and she could say the funniest things. While she might not remember our names, she always knew that her children and grandchildren belonged to her, and for that we are forever grateful. Rest in peace Mom, we miss you already, and we love you forever.

4 Responses to She Was A Fighter