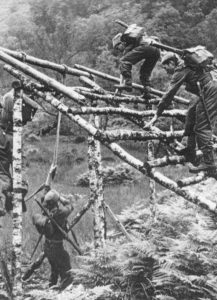 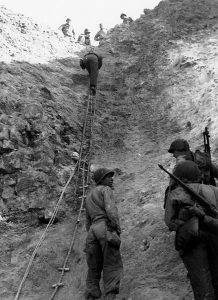 These days, everyone has heard of the special forces units and special ops, which is special operations. The main reasons we know about them are terrorism, and war in the current world. Special forces and special operations forces are military units trained to conduct the kinds of operations that are often much more dangerous than even the boots on the ground part of battle. NATO defines special operations as “military activities conducted by specially designated, organized, trained, and equipped forces, manned with selected personnel, using unconventional tactics, techniques, and modes of employment”. In other words, these are the guys who go into ugly situations in an effort to keep us safe. Of course, this, in no way, detracts from our first responders, who we all know are just as vital. There is just a difference in the scope of their jobs. The Special Forces emerged in the early 20th century, with a significant growth in the field during the World War II, when “every major army involved in the fighting” created formations devoted to special operations behind enemy lines. It was going to be the only way to win such a war.

Special Forces teams perform some dangerous functions, including airborne operations, counter-insurgency, counter-terrorism, foreign internal defense, covert ops, direct action, hostage rescue, high-value targets/manhunting, intelligence operations, mobility operations, and unconventional warfare. In the United States, Special Forces refers to the US Army, Navy, Air Force, and Marine forces. The jobs of the Special Forces units are vital in today’s kind of warfare. Special Forces do reconnaissance and surveillance in hostile environments trying to make it safer to send in the troops. They are in charge of foreign internal defense…training and development of other states’ military and security forces, offensive action, support to counter-insurgency through population engagement and support counter-terrorism operations, sabotage, and demolition, as well as, hostage rescue. They are also used as body guards, in waterborne operations involving combat diving, combat swimming, maritime boarding and amphibious missions, as well as support of air force operations. Special forces have played an important role throughout the history of warfare, whenever the aim was to achieve disruption by “hit and run” and sabotage, rather than more traditional conventional combat. Other significant roles lay in reconnaissance, providing essential intelligence from near or among the enemy and increasingly in combating irregular forces, their infrastructure, and their activities. Originally there were separate units for the different branches of the military, but the need for interoperability between these units from the different services led to the formation US Special Operations Command (USSOCOM) in 1987. Our cousin Paul Noyes career in Special Operations was with Ranger, Special Forces and Aviation Special Ops forces, and he has become my military “go to” guy…letting me know if I hit the nail on the head or missed it.

For some reason, I thought Special Forces was, for the most part, a modern day unit, but that isn’t really true. Chinese strategist Jiang Ziya, in his Six Secret Teachings, described recruiting talented and motivated men into specialized elite units with functions such as commanding heights and making rapid long-distance advances. King David had a special forces platoon known as Gibborim. In Japan, ninjas were used for reconnaissance, espionage and as assassins, bodyguards or fortress guards, or otherwise fought alongside conventional soldiers. During the Napoleonic wars, rifle and sapper units were formed that held specialized roles in reconnaissance and skirmishing and were not committed to the formal battle lines. The British Indian Army 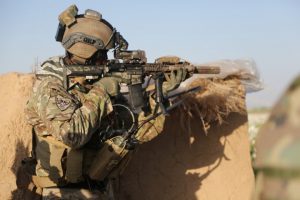 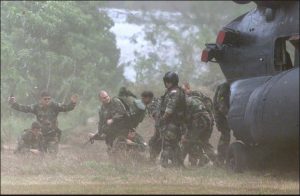 deployed two special forces during their border wars…the Corps of Guides formed in 1846 and the Gurkha Scouts…a force that was formed in the 1890s and was first used as a detached unit during the 1897–1898 Tirah Campaign. I guess that the Special Forces units are long standing, expertly trained groups of very special people, who have achieved a level of expertise that is second to none, and I for one, and thankful that such soldiers exist.