The Best Big Sister Ever 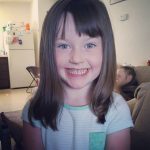 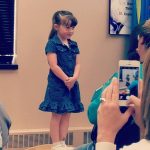 My grand niece, Alice Green has had an exciting couple of years. She finished her last year of pre-school, and now its on to Kindergarten. She has grown so much in the past few years…from the toddler that she was when I first met her young girl ready to get started on the next step in her education. Alice is a little shy, but once she gets to know people, she has a personality that bubbles with excitement. Alice really likes people, and of course, mostly kids. For three of her five years, she was an only child, and that meant that friends were a little bit more scarce, but all that has changed.

On December 21, 2015, Alice got an early Christmas present…a little sister of her very own named Izabella Harman. Alice was so excited. She had a sister, and before long, she would have a friend to play with who was always there in the same house with her. Alice was a good helper to her mom, my niece, Melanie Harman and my nephew, Jake Harman. She wanted to help with the baby, and make her laugh, and just be with her, in general, because that’s what big sisters do, and Alice planned to be the best big sister ever…a goal that I think she has definitely accomplished. But Alice’s excitement wasn’t over yet. On May 30, 2017, Alice got a little brother named Jaxx Harman. Jaxx would have not just one big sister, but two. I’m not sure how much he will like that when he is older, but while they are all little, this is going to be the best experience ever.

Alice is still the greatest big sister ever, because she loves her little sister and brother, and she loves to make 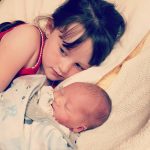 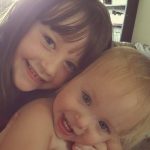 them laugh. She and Belle play and giggle for hours, and very soon, Jaxx will join in the fun, because he won’t be a baby forever. Pretty soon, the Harman house will be filled with the laughter of three children in boisterous play. There is nothing greater than a house filled with the laughter of joyful children. For Alice, life is good. She is growing up, and she has Kindergarten to look forward to soon, and each day when she comes home, she will be greeted by her sister and brother, ready to play with the greatest big sister ever. Today is Alice’s 5th birthday. Happy birthday Alice!! We love you!!