In The Name Of Fashion 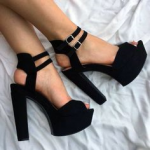 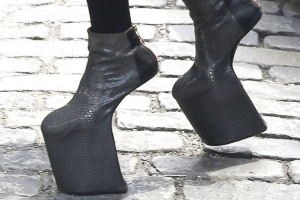 Most of my friends know that I love shoes. In fact, that is truly an understatement. I have shoes for every need and for every outfit. I have hiking shoes, sandals, shoes for jeans, boots…lots of boots, and of course, heels…of every color, height, and style from low heels to platform heels, and even funky heels. Yes, I love shoes. But there is a line that even I won’t cross.

Over the centuries in many areas of the world, shoe style was really a show of status. And in some countries, the size of a woman’s foot was so important that women would stuff their feet into shoes that would fit a young child. Those women were so intent on making their feet small, that they would perform a procedure on them called foot binding. It is a crazy way of tying the toes in such a way, so as to make a point of the front of the foot. The foot was then bent almost in half to fit in a shoe for a young child. I think every woman would like her feet to be smaller, at least every woman who wears size seven or above, but foot binding is extreme.

I love platform heels, but some styles…both old and new, are ridiculous. When the platform is so high, and 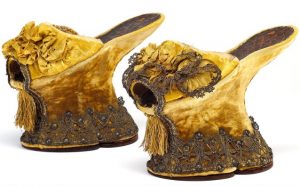 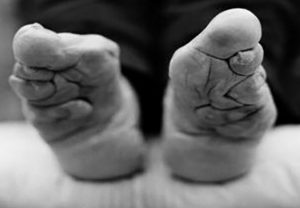 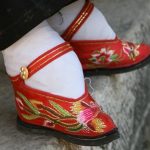 made of something with no give to it, or has no heel on it, the woman wearing the heel really can’t even walk by themselves. And believe me, I would need help too, and I’m used to platforms. It’s just that these aren’t platforms. No, they are stilts!! Platforms have been a tradition for a very long time in Europe, clear back to the 17th century, and then they were out of fashion until the 20th century. Really, it wasn’t until Ferragamo reintroduced them in the 1930s that platforms came back in style. In 2009, an exhibition was organized, with an accompanying catalog on the topic of these elevating shoes, titled “On A Pedestal: From Renaissance Chopines to Baroque Heels.” Chopines, which were also known as zoccoli or pianelle, are a platform shoe up to 20 inches high. Of course, those who wore them required the help of servants so that they didn’t fall flat on their face…in the name of fashion. The idea of chopines, besides being a fashion statement, was to protect the wearer’s clothes from street mud. Never mind the servant’s clothes, and really, why did they have to go out in the 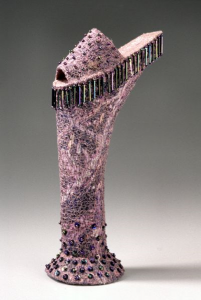 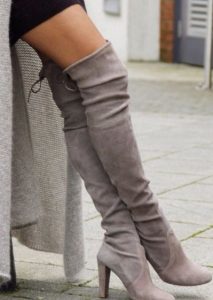 mud anyway? They were aristocrats, couldn’t someone just carry them on a platform chair, or run their errand for them. Whatever the case may be, I will not be buying a pair of these crazy stilt platforms, should they ever come into style again.

I do love my many styles of shoes, and my platforms are among the favorites, but I draw the line at about a 3 inch platform. Much more than that, and I not only have difficulty walking, but I end up taller than everyone around me, and for me that is just too odd. I am used to being one of the “wee ones,” as my niece Kellie Hadlock calls me, and that’s ok with me. I never wanted to be tall anyway. I’ll let my platforms make me look tall. I’m good with that!!