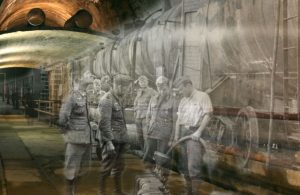 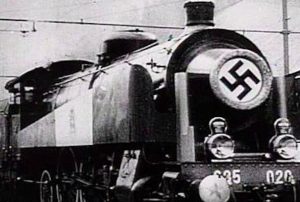 So much is still unknown about the things that Adolf Hitler did, including an apparent “Ghost Train” that was filled with gold and other treasures. According to legend, as the Soviet forces approached in the final days of World War II, an armored train left the city of Breslau (now Wroclaw, Poland) in April 1945 and headed west toward Waldenburg (now Walbrzych). Somewhere along the 40 mile trip, the train and its cargo of gold and other treasures…many of them stolen by the Nazis from Jewish families…vanished into the Owl Mountains, never to be seen again, except in local legend. Stories of the Nazi “Ghost Train” date back some 70 years, although historians haven’t been able to conclusively prove the train ever existed. During the war, Hitler ordered the creation of a network of underground tunnels in the Owl Mountains, which at the time were under German control, as part of a project known as “Riese,” meaning “Giant.” The original rumor of a Nazi train hidden in the mountains came from a Polish miner, who claimed that just after the war, German miners told him they had seen the train being pushed into one of the tunnels.

In 2015, two anonymous men contacted officials in Walbrzych, a district in southwestern Poland, claiming to know the train’s location and demanding 10 percent of the value of its contents in exchange for leading authorities there. According to Marika Tokarska, an official in the southwestern Polish district of Walbrzych, a law firm representing two men…a Pole and a German, who prefer to remain anonymous…sent her office two letters, offering a description of the train and its contents and claiming to know its location. The documents received from the law firm claim the train is some 490 feet long and loaded with guns, precious metals and other valuables, including up to 300 tons of gold. In exchange for revealing the train’s location, the men are demanding 10 percent of the value of its contents. Although there is much skepticism expressed by historians as to the validity of the men’s claims, authorities in Walbrzych say they will pay the reward if the information turns out to be legitimate. I guess I would too. The men are asking 10% of the total, which could be a huge amount, but not nearly as much as the remaining 90%, so paying them would make sense. As Tokarska told the Associated Press: “We believe that a train has been found. We are taking this information seriously.” Though the men’s knowledge of the train’s contents and their retaining of a lawyer lend legitimacy to their claims, there is still plenty room for skepticism: The first letter from the men’s law firm included several references to local topography suggesting the men might not be as familiar with the area as they claim, and previous searches for the train in recent years have yielded nothing.

Andreas Richter, a German, and Piotr Koper, a Pole, moved in with heavy equipment and dug deep at a site near rail tracks in Walbrzych, following comments by residents who said they had knowledge of the train’s 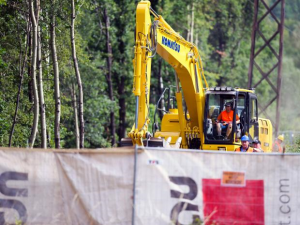 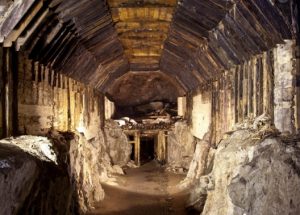 existence. Richter and Koper said that their own tests using earth-penetrating radar confirmed a train was at the site. Nevertheless, after an initial dig, the crew turned up no sign of the “Ghost Train.” Still, they have not given up just yet. There are plans in place to dig again in the very near future. The two men are determined to prove that they have found the real “Ghost Train,” and to claim the 10% share they were promised, it they find it.