A Flag To Be Proud Of 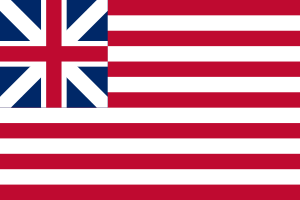 With the American flag at the center of so many protests, it seemed to me a good time to discuss the flag that many, and I believe truly most, Americans hold so dear. Over the years that the United states has been a nation, there have been a number of different flags. As we grew, the flag had to change to show the growing number of states. There were people who were not happy about the move from a flag with 13 stars to one with 20 stars…so the decision was made to reduce the number of stripes to 13, in order to honor the original 13 colonies. On this day, April 4, 1818, Congress passed an act to do just that at the suggestion of United States Naval Captain Samuel C Reid. The plan also allowed for a new star to be added when each new state was admitted. The stripes would never change. The act specified that each new flag design should become official on the first July 4, our Independence Day, following admission of one or more new states. The most recent change, from 49 stars to 50, occurred in 1960 when the present design was chosen, after Hawaii gained statehood in August 1959. Before that, the admission of Alaska in January 1959 prompted the debut of a short-lived 49 star flag. If another state were ever to be added, I think it would take some getting used to. Our current flag has been the flag for 57 years after all. That is almost all of my life.

For 241 years, the American flag has been the symbol of our nation’s strength and unity. It’s been a source of pride and inspiration for millions of citizens. It has been a prominent icon in our national history. On January 1, 1776, the Continental Army was reorganized in accordance with a Congressional resolution which placed American forces under George Washington’s control. On that New Year’s Day the Continental Army moved to take back Boston, which had been previously been taken over by the British Army. Washington ordered the Grand Union flag hoisted above his base at Prospect Hill. It had 13 alternate red and white stripes and the British Union Jack in the upper left-hand corner. In May of 1776, Betsy Ross sewed the first American flag. On June 14, 1777, in order to establish an official flag for our newly independent nation, the Continental Congress passed the first Flag Act, which read, “Resolved, That the flag of the United States be made of thirteen stripes, alternate red and white; that the union be thirteen stars, white in a blue field, representing a new Constellation.” Congress passed several acts between 1777 and 1960, that changed the shape, design and arrangement of the flag and allowed for additional stars and stripes to be added to reflect the admission of each new state. The Act of January 13, 1794 provided for 15 stripes and 15 stars after May 1795. The Act of April 4, 1818 provided for 13 stripes and one star for each state, to be added to the flag on the 4th of July following the admission of each new state, signed by President Monroe. An Executive Order by President Taft dated June 24, 1912, established proportions of the flag and provided for arrangement of the stars in six horizontal rows of eight each, a single point of each star to be upward. The Executive Order of President Eisenhower dated January 3, 1959, provided for the arrangement of the stars in seven rows of seven stars each, staggered horizontally and vertically. The Executive Order of President Eisenhower dated August 21, 1959, provided for the arrangement of the stars in nine rows of stars staggered horizontally and eleven rows of stars staggered vertically. Today the flag consists of thirteen horizontal stripes, seven red alternating with 6 white. The stripes represent the original 13 colonies, the stars represent the 50 states of the Union. Even the colors of the flag are symbolic…Red symbolizes Hardiness and Valor, White symbolizes Purity and Innocence, and Blue represents Vigilance, Perseverance and Justice.

Our flag is more than just a piece of cloth, or a protesting tool. It is a flag to be proud of, not to burn. It is the symbol of a great nation…a nation that rushes to the defense of other weaker nations, so that they can remain free…a nation that vehemently protects the rights of it’s citizens, even when every fiber of its being want to slap 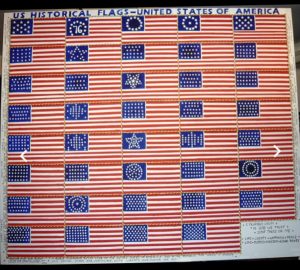 some people silly. Our nation knows that if one right is taken away, it opens a door for others to be lost as well. Our freedom depends on our insistence to follow the rules laid out before us…like them or not. As a patriot, I understand that, but I also wish that those who use the freedom to protest, would also realize that in burning the flag, they are, in essence, saying that they don’t think that we should have the very freedoms they use to protest. It is really a vicious circle when you think about it. They are fighting, and burning a flag, in an effort to have the freedom to do what they want, but in doing so, they are saying that they don’t respect the nation that made that very thing possible for them. What a strange idea!

2 Responses to A Flag To Be Proud Of