He’s Got It Together 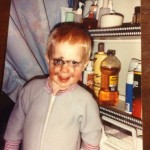 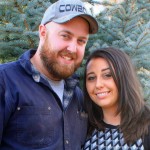 When I think about the fact that my nephew, Garrett Stevens is 26 years old today, and getting married soon, I find it hard to believe. It just doesn’t seem possible that he is not still the silly little boy he was, not so long ago. Being the only boy in a family of three kids, I’m quite certain that he did his share of teasing his sisters, but that never seemed to matter Michelle and Lacey both thought their brother was just the greatest. In fact, it would be Lacey who would introduce Garrett to his future wife, Kayla Smiley, and the rest of that story is, as they say, history. They fell in love, and the wedding is coming up fast. Nevertheless, Garrett could get into mischief, and did…on a regular basis. It was just the kind that was too cute to get mad about.

Garrett is like his grandpa, my dad, Allen Spencer in so many ways. I often see Dad in the things he does, and the way he is. One of the big ways is when he is playing with the little kids. So many people are just too adult to get in there and really play with the kids, but not Garrett. He doesn’t mind all the rough and tumble ways of kids, and he doesn’t require them to be quiet and sit down…like they were in school. My dad was that way. He would get the little kids going, and the loud laughter and excited screams would soon follow, almost to the point of driving my mom crazy. She would beg him to stop it, but the kids were having so much fun that she finally just gave in. I see that quality in Garrett, and I know that when he and Kayla have kids…well, Kayla, you have been warned. Your house will be noisy…but then, that’s a good thing. A home filled with laughter is a huge blessing. Garrett also loves camping and fishing, as does Kayla, so they will be a great team. In fact, the 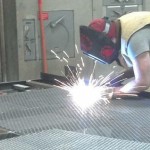 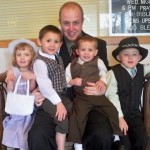 Stevens family all love the lake and camping out, and go every year around the 4th of July.

Garrett took up the same profession as his grandpa too…welding, and he is very good at it. Like his grandpa, Garrett is a Broncos fan, as am I, and that makes him ok in my book. He’s got his team priorities straight, and that’s important. He also likes the Colorado Rockies. I knew there was a reason I liked this kid. He’s got it together. Today is Garrett’s birthday. Happy birthday Garrett!! Have a great day!! We love you!!