I’ll Always Be There For You 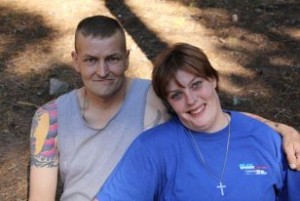 The high school years are hard on everyone, but sometimes I think that the girls have the rougher time. With girls, every break-up…every friendship ended…every sad moment, feels like the end of the world. As girls get older, they try not to go to their parents with every little thing, but somehow it seems like the things they should go to their parents about, are the things they don’t. Such was the case with my grand niece, Christina Masterson. One day, after school…with the break-up with the first real boyfriend she had, fresh on her mind, Christina came in and sat down on the couch. Her dad, my nephew, Rob Masterson took one look at his oldest daughter, and asked, “What’s 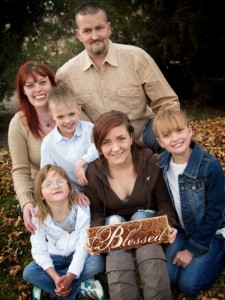 wrong?” Christina tried not to go into detail, but told her dad that she and her boyfriend had broken up. Rob sat down beside her and said, “You will always deserve better, no matter who you are with.” Basically, he told Christina two things that day. The first, that in his eyes, no man would ever be good enough for her, which Christina has always felt she needed to hear at that moment. The second, that he would always be there for her.

I think that is Rob’s motto in many ways and with all of the people he loves. I’ll always be there for you. It is a motto that he has applied to a number of people in Rob’s life. His younger three children are not at the “high school break-up stage” yet, but with the little issues they have dealt with so far, that is the same message Rob has conveyed to them. “You can always come to me…with anything. I’ll always be there for you.” 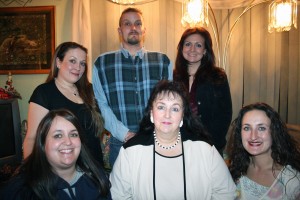 My sister, Cheryl Masterson, and Rob’s sisters, Chantel, Toni, Elizabeth, and Jenny, as well as their grown children, all know that if they need Rob’s help with something, he will do his best to help in any way he can. He has been the one to mow Cheryl’s lawn for a number of years now, and his siblings look to him when they are going to buy a car, or need something done on a car, because often he can help them out with it. I think that since my sister has been divorced for many years, Rob has stepped up to be the man of the family. He may not be able to do everything they need done, in every situation, but they know that he will always be there for them. Today is Rob’s birthday. Happy birthday Rob!! Have a great day!! We love you!!

2 Responses to I’ll Always Be There For You