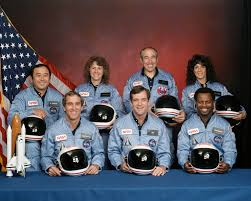 Inspiration comes from many different places, but most often from an event that so strongly affects our emotions or our lives, that we feel the need to act. That is what happened to a number of students who all had something in common…Christa McAuliffe. On this day, January 28, 1986…30 years ago, after months of training and a huge national following, Christa McAuliffe entered the Space Shuttle Challenger, and went down in history as not only the first teacher chosen to go into space, but the first civilian to die on such a mission. She never made it into space, because just 73 seconds after the launch, the Challenger exploded.

The world looked on in horror, because this launch had been so widely televised and so greatly anticipated. 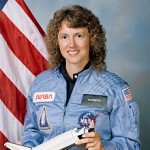 After the explosion, the news was broadcast over and over. We saw the horrified faces of the families of the crew, the tears of family, friends, and students of the first teacher in space, and we saw the explosion…over and over again. The heart of a nation was broken, not just because of Christa McAuliffe, but also for the families of payload specialist Gregory Jarvis; and astronauts Judith A. Resnik, mission specialist; Francis R. (Dick) Scobee, mission commander; Ronald E. McNair, mission specialist; Mike J. Smith, pilot; and Ellison S. Onizuka, mission specialist. It had been many years since the NASA space program had lost a crew, and it was the first one in flight.

I’m sure that an accident in space did not inspire people to go into the space program, because the safety of the program immediately came into question. Nevertheless, from this tragedy…from out of the ashes of the Space Shuttle Challenger, inspiration did come. It came in the form of teachers. The students of Christa 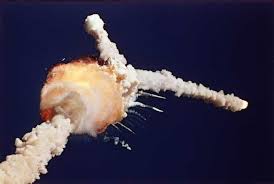 McAuliffe…not all, but a number of them, were inspired to become teachers themselves. Each of those former students of Christa McAuliffe…kids who maybe didn’t like social studies, but because Christa McAuliffe made it interesting somehow, they did well in her class, and were inspired by her. After her passing, these inspired students decided that they wanted to pick up where she left off. They wanted to carry on with her dream. They follow her motto, “I touch the future. I teach.” One of those teachers commented that she heard people say that and wondered if they had any idea where that motto came from. Her former students knew…it was Christa McAuliffe, and her legacy lives on, 30 years after her death.