In Search Of Answers 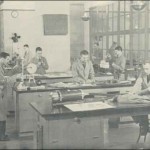 In years gone by, criminal investigations were often flawed, circumstantial, or non-existent. If the crime wasn’t witnessed by someone, it often didn’t get solved, unless someone had threatened to kill someone. Even then, the wrong person was convicted quite often…probably not often than anyone cared to admit or think about. It was a fact that no one really wanted to think about. Then, as science began to find new ways to process 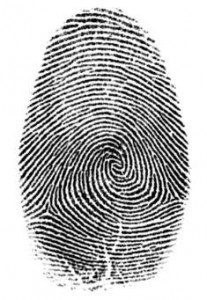 evidence, there were fewer mistakes. That didn’t and still doesn’t completely eliminate miscarriages in justice, but more and more often, the right person is sentenced.

There are a number of television shows on these days that feature the use of a crime lab, and while I realize that the investigations rarely progress as quickly as they do on television, I do find them interesting nevertheless. I don’t know how realistic some of the tests are, but I have a feeling that the answer is…not very. Nevertheless, I like the idea of using science to catch the right criminal. Things like fingerprints, DNA testing, ballistics, and the chemical makeup of poisons, to name a few, are tests that have revolutionized the criminal justice system. 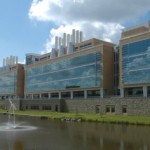 It was on this day, November 24, 1932, that the first FBI Crime Lab opened, and while it has gone through some controversy over the years, it still remains on of the best labs in the country. The crime lab is now known as the FBI Scientific Crime Detection Laboratory. Originally this lab was chosen because it has the necessary sink operated out of a single room and only one employee. It has expanded exponentially since then. Of course, these days each state has their own lab too, and while there has been controversy as to bias over the years, those operate in much the same way. Scientific answers to serious questions. And it all started in a single room, rather primitive lab in 1932.