Her Calling In Life 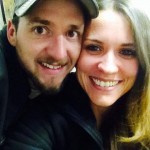 My niece, Susan Cook Griffith, spent a number of years working in the area of graphics. Then, she decided that it was time for a change. Susan accepted a position at Powell Valley Healthcare, where she works in Medicare Insurance billing for the nursing home. She also does bookkeeping for Body and Paint by Tait, which is where her husband, Josh works. I think that job has been a great blessing for Susan too, because she told me a while back that sometimes Josh has to work late into the evening, so she doesn’t get to see him as much then, and it makes it hard.

Susan and Josh are very much in love, and theirs is really a storybook tale of romance, so time spent apart is hard. I think those of us with a blessed, loving marriage can certainly relate to that. Theirs was a blended family, as Susan had a daughter, Jala when they met. Their marriage has been blessed with a second daughter, Kaytlyn, and now their family is complete. A couple of years ago, they moved to a piece of land by Josh’s parents, where they get to enjoy his parents’ horses. There are magnificent views and sunsets there, and Susan often posts pictures of them on Facebook. Being a sunset person myself, I can appreciate her great pictures of them. 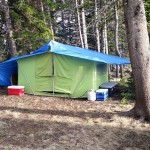 Susan is very close to her sister, Machelle Cook Moore, and the two of them can often be found teasing each other on Facebook. It is a traditional sister thing, I think. Having come from a family of girls, and having two daughters myself, I can totally relate to the close relationships of sisters. Sisters are a unique group of people. There is a camaraderie there, that lasts a lifetime, and they usually share so many likes and dislikes that they are often more like best friends than sisters. That is how Susan and her sister, Machelle are. They often talk about what a great sister, their sister has. A comment that sounds so typical of my sisters and me, as well as my girls.

Susan loves being a wife and mother, and considers those jobs her main calling in life. She loves doing things for her daughters, such as the birthday party she threw for Jala this summer. Having a sleepover birthday party involves a lot of planning, and all the girls had a great time, so I know that Susan did a great job of 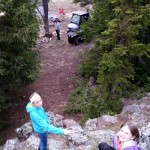 planning it. Kids get bored easily, and you have to be on top of your game in order to have a successful party.

Susan and Josh love to take the girls camping, hiking, and fishing and do so as often as they can. They love being outdoors, which is probably one of the main reasons for the move to the country. Of course, for most campers, by this time of year, the camping is pretty much over for the season. I don’t camp anymore, but I hike, so summer ending is never a good thing. For Susan, it means no more camping though…until next year anyway, unless Josh likes to hunt. Today is Susan’s birthday. Happy birthday Susan!! Have a great day!! We love you!!