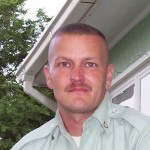 As every parent knows, all too well…kids will be kids, and my sister, Cheryl Masterson’s kids are no exception to that rule. Sometimes we wonder how any of our kids ever survived their own antics. Cheryl raised her family of five children as a single mom for most of their lives. Her daughter Chantel Balcerzak is not quite sure how her mother survived. And, maybe Cheryl isn’t either, if all of their antics were of this caliber.

Chantel tells me about one incident in which she, her sister, Toni Chase, and her brother, Rob Masterson decided that they wanted to skip school. They knew they would need a good reason to get their mother to agree to this. Well, they came up with a good reason to stay home alright!! My nephew, Rob was into skateboarding at the time, so they decided that if he wiped out and hit his head on a parking pylon, their mother would completely forget taking them to school, in order to take him to the hospital. 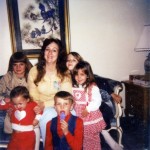 Being what Chantel calls geniuses, they knew that proof would be needed, such as a bump on the head. Chantel is quite short…4’10” to be exact…so to accommodate that, Rob would need to bend over so she could administer the bump. He stood bravely, bent over at the waist, and waited for his older sister to club him. Chantel knew that no ordinary hit in the head would work, so she picked up a 36″ x 24″ wooden shelf that was about 1½” thick. Not knowing how hard she would need to hit him to create a bump of believable size, Chantel let him have it…full force. Of course, Rob was just flattened and hit the ground in a spread eagle position. Their sister, Toni immediately let out a blood curdling scream, and yelled, “You killed him!!!” 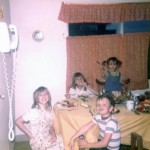 I don’t know if it was Toni’s screams or if the girls ran and got their mom, but needless to say, school went out the window for the day. Rob did wake up and he is just fine, but the emergency room was the next visit they made. As for the kids, they weren’t sure if skipping school had been worth this, or if it would have been better just to buck up and go to school. I’m sure this was not the last time they considered devising a plan to skip school, but in Chantel’s words, “Ironically, Rob never offered to let me hit him again.” No, I don’t suppose he did, unless that initial hit on the head rattled his brain more than first thought. It would take a crazy person to allow such a thing twice…wouldn’t it? Today is Rob’s birthday. Happy birthday Rob!! I would keep a close eye on your loving sister, if I were you. Have a great day!! We love you!!

2 Responses to The Bump