Grandma And The Indian Chief 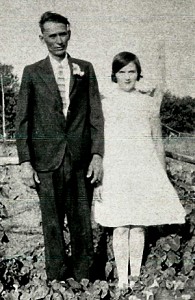 As a young man growing up in the West, my grandfather, George Byer learned a lot from his father, Cornealius Byer…especially when it came to getting along with the Indians in the area. Cornealius was very respected among the Indians, because he was honest with them, and spoke with integrity. He also taught his children to do the same. Because of that teaching, my grandfather was also much respected among the Indian tribes. This was probably a good thing for my grandmother, who was sixteen years younger than Grandpa, and beautiful too.

Grandma and Grandpa Byer were living on the Rosebud Sicangu Lakota Reservation, after they married. One day probably just a short time after their marriage, Grandma Hattie Byer noticed that a Lakota Sioux Indian chief was watching her…a lot. She mentioned this fact to Grandpa, who told her that Chief Thin Elk thought she was beautiful and had very nice legs. Now, as compliments go, this one was very nice, but I doubt if it did very much in the way of easing Grandma’s jitters about the whole situation. In fact, it most likely increased her anxiety substantially.

Grandma was eighteen years old when she and Grandpa married. Grandpa was thirty four. Having lived around the Indians all his life, he understood their ways, and he knew that there were good Indians and bad Indians, just as there are good and bad men in all walks of life. And Grandpa knew Chief Thin Elk. While Chief Thin Elk did appreciate a beautiful woman…with great legs, he would never have tried anything with Grandpa’s wife, because he respected Grandpa very much. I don’t know how he would have been with the wife of someone he didn’t respect, or any other woman for that matter, but with Grandma, he was respectful, even if he did like to watch her because she was beautiful.

I know that my Grandfather loved my Grandmother very much, and would never have let anyone hurt her, but I still have to wonder…if a small part of him thought the whole think was almost comical, or maybe even thought 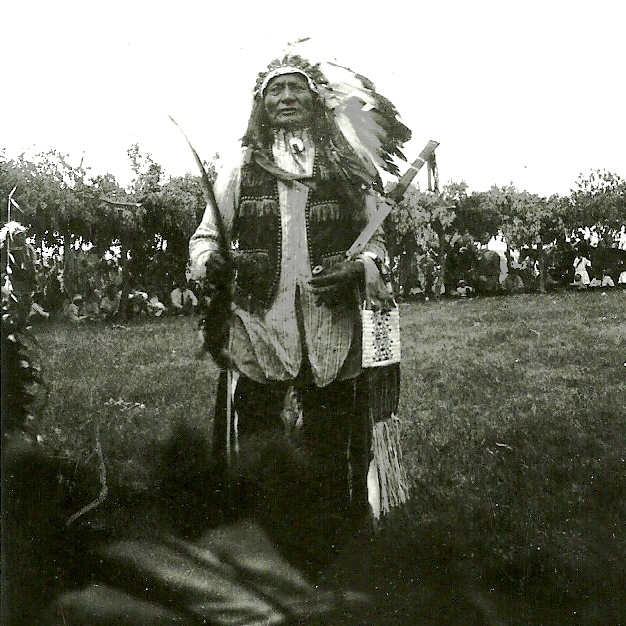 that it was kind of nice to know that men thought his wife was beautiful. I don’t believe that my grandfather ever needed a trophy wife, but I think is is good for a guys ego to know that he has a beautiful wife, and to know that everyone thinks so.

For Grandma, however…well, she only had eyes for Grandpa, and I’m sure she thought it was a little bit forward of Chief Thin Elk to be saying such things. I have never heard of any trouble that ever came out of this situation, so I’m sure that while Chief Thin Elk thought Grandma was beautiful, and had nice legs, he always acted with the utmost respect around her, because she was the wife of his respected friend, and he would do nothing to jepordize that friendship, or shame his people in such an awful way.