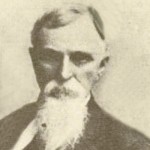 When I first read about the six Knox brothers who were able to place themselves into a family history where they belonged, but in which no one had been able to connect them to before, I was intrigued, for sure. They seemed so resourceful, but I had a feeling that there was a lot more to them than just finding their place in the family history. I’m sure I will come back to these brothers over and over in the future, but when I read about Dr Nicholas C Knox, I was…well, amazed really. This man had the character and fortitude to overcome adversity, and move forward with his life, and in the end, make it better.

The fourth son of Absalom Knox MD, Nicholas married Henrietta Craigan. After their marriage, the civil war slammed its way into the midst of their lives. Nicholas enlisted in the Seventeenth Mississippi Regiment, which was commanded by Colonel WS Featherstone, and was a part of McLaw’s Division. Nicholas took part in all the great battles in the Army of Virginia in which his command was engaged, but it was the Battle of Gettysburg that would change his life forever. On the second day of the battle, Nicholas lost his right arm. To make matter worse, he was captured and confined as a prisoner on Hart Island, off the city of New York, for several months before being parolled and sent into the Confederate lines again…without his right arm, and he managed to stay alive during the remainder of the battles he fought in.

During his entire enlistment time in the Civil War, Nicholas was never home…until the day he was discharged. I don’t know if he had been able to tell his wife about his arm, but even if he did, there is nothing like actually seeing it for the first time. It had to be hard for her…and for him. Many soldiers coming home from wars with life changing injuries feel very concerned about just how their spouse will look at them now. They feel like they are a lesser person than they were when they left, and that is just the physical challenges. I’m sure that an injury that cost you your arm, would be a moment that would live in your memory files for the rest of your life.

Nevertheless, Nicholas was not a man to let adversity take his life or his future from him. He returned to Mississippi, and he started the task of rebuilding his life, and getting reacquainted with his family. He started out by teaching school. Now most people would think that was a noble profession, and they would be right, but 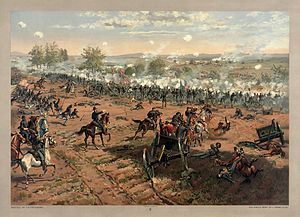 it was not enough for Nicholas. While teaching school, he began to study medicine, and received a diploma from a medical college at Nashville, Tennessee. When I think about the challenges of being a doctor in post Civil War America, with only one arm, and during a time when prosthetics were primitive at best, I am amazed. Still, Nicholas was not satisfied. He entered politics, and represented his county in the Legislature, and afterward was a practitioner of medicine in Reynolds, Mississippi, and he was an elder in the Presbyterian Church. No matter what challenges hit Nicholas, he met them head on, and succeeded in every endeavor he took on. He was not a man content to settle on the ordinary. He was truly an amazing man.