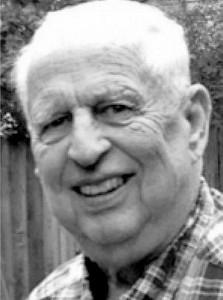 Just seventeen hours after my mother passed away, my son-in-law, Travis Royce lost his grandfather, Zike Hansen.  I knew Zike even before I knew my son-in-law, because I worked for Zike’s sister-in-law, Jimmy Foster and her husband, Don. When I went to work for Don and Jimmie, I had never even touched a computer. I’m sure you are wondering what that has to do with anything, but believe me, it does. At that time Zike and His wife, Virginia, who is Jimmy Foster’s sister, were working in Deadwood, South Dakota on the gambling machines. What struck me the most was that they knew about computers, and when laptops came out, they got one right away. That impressed me, because I knew so little about  computers…unlike the me people know today.

When my daughter married, her husband, Travis, a new connection to the Hansen family. I had known them in a round about way for years, in that I went to school with their son, Randy, but I never knew them personally until I worked for Don and Jimmy. Now, we were family. Most people might think that it wouldn’t have changed too many things, and I suppose it didn’t exactly except that we saw a little more of each other.

Nevertheless, it seems strange to me the number of things I didn’t know about Zike Hansen. I knew that he was a Christian, because the kids got married in their church by our pastor. It was a good way to join the families. What surprised me at the funeral is that the cross that graces the alter at their church was built by, none other than, Zike Hansen. I have always though it was beautiful, but I had no idea that it wasn’t manufactured at some factory. Good job Zike!!

Another thing I had never heard about Zike is that he was struck by lightning…not once, but twice!! The first time he was about fifteen or sixteen years old…that was about 1949 or so. The second time was in the 1950s. Now I can’t imagine being 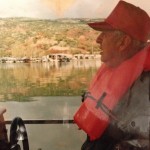 struck by lightning once, but twice…well, all I can say is, “Wow!!”  Zike was never struck by lightning again, so I guess that he must have decided, that given his electric personality, it was best to…run whenever the sky started to grow even the slightest bit cloudy.

Zike Hansen was a one of a kind sort of guy, with a great sense of humor. He was the kind of man you thought of as a friend from the first time you met him. He just made people comfortable that way. I’m thankful that he knew God, because I want to see him again when I get to Heaven. In the meantime, I’m going to miss his electric personality, but I know that he and my parents are having a great time in Heaven.