I Knew Nothing Of The Person…Really 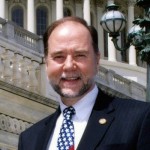 For the past several weeks, I have been exchanging emails and lots of information with a man named John B Knox. He is my husband, Bob Schulenberg’s sixth cousin once removed. I came across his website about a year or so ago, but it wasn’t until recently that I decided to contact him. This was such a great decision on my part, because it has been an interesting journey. Because John had the last name of Knox, and some of the same relatives that I knew to be in the Knox line of my mother-in-law’s family, I had no doubt in my mind that we are related, but I didn’t know the exact relationship. Finding someone who is a descendant of an aunt or uncle back in the 1800s and especially beyond that, isn’t as easy as one might think. It is very helpful when you find someone who has researched their family history as well as John has, because the research is more that half done. It was easy for John to connect our two lines and tell me exactly what the connection was. John is a very thorough person too, so he was able to send me an easy to follow diagram of the connection. Now, my family tree shows the connection to John and his family in detail.

Getting to know John has been a lot of fun. He was born in Kentucky, but he and his family now live in Washington DC. I could try to summarize his career, but I think he says it best so I will quote it instead. According to John’s LinkedIn page, “I currently serve as a Congressional Liaison for the Defense Intelligence Agency (DIA). My background includes two decades+ of experience in management, strategic planning, change management, international business development, customer relations and team building. Highlights include my seven years as NASA’s Manager of Video Applications. The 35-member team that I led, using the world class production facilities that my team designed and built, won 44 awards on behalf of the space agency, including four Emmy’s. That record at NASA remains unmatched. I co-chaired the agency-wide Standards Committee for High Definition Television at NASA which established technical guidelines for the space agency’s transition to HDTV. Today, the guidelines which my group developed, continues to insure the interoperability of communications between each of NASA’s ten world-class research centers and the International Space Station. While serving as the DIA’s Contracting Office Manager in Baghdad, Iraq, I oversaw a “ground-up” conversion of twelve Iraqi buildings for use as DIA’s in-country Headquarters, Annex and billeting for deployed U.S. personnel. For this project, I was awarded DIA’s Civilian Combat Support Award. Most recently, I drafted, proposed and am currently leading the implementation the first Congressional Communications Strategic Plan for DIA. I hold a Bachelor’s Degree in Communications Technology, a Master’s Degree in Media Management (Magna Cum Laude graduate) and a Master Of Business Administration (MBA) Degree with a concentration in management.” All I could say to that was…”Wow!!”

This, of course, lets me know that I really knew nothing of the person, that I had so boldly contacted, and who so graciously contacted me back, and has helped me immensely with my inquiries. I have always known that the Knox family has been heavily into politics, and other areas of government work, and this Knox family member has obviously followed in the footsteps of his ancestors. I can’t say that I’m disappointed in that. I also know that his work at NASA interests me as well. I’m sure he would not have brought all this up to me on his own, because he never made the conversations we had about himself, but rather about the family history, and our connection to it. I think he is probably a humble man, and only put the information I gave here on LinkedIn, because that is what he was supposed to do on LinkedIn. Nevertheless, I must say that I am impressed with all he has done, and excited to know him and to get to know his family as wall. John and his wife Lisa have two daughters, Lindsey and Kelly. I am excited about this new branch of my family history, and I look forward to getting to know this family even better.