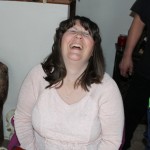 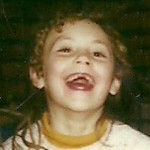 Every day, we see change happening all around us. Some of it is good, some bad, and some is just simply change, but some things just never seem to change. There is a timelessness about laughter for instance. It doesn’t matter if it is a giggle, a big belly laugh, or a throw your head back laugh, laughter is contagious and just simply fun. It’s also good for you. It lifts depression, and it just makes you feel better about your day…even if it’s been a bad one up to that point. Our lives may change, bringing periods of sadness, grief, pain, and loss, but even in those times, our memories can bring moments where a memory brings a bout of laughter, that lifts our spirits even in the saddest of times.

Thankfully, most people live relatively happy lives, filled with blessings mingled with those few sad times. It is during those happy times that we find ourselves noticing the things we like about the good times…things like the timelessness of our laughter. In taking pictures of the unwrapping of the Christmas gifts, I got a couple of pictures of my girls laughing. It’s funny how a picture in which the subject closed their eyes, can become one of the most treasured. Both of my girls were laughing and in the laugh, their eyes closed, but it was because of the joy of the moment, and that is what made all the difference. Then Corrie sent me a text with a picture comparison of her now and in the middle of a laugh as a little girl. All I can say, is that some things never change. Talk about the timelessness of our laughter. Corrie now looked so much the same as Corrie then, it was uncanny. We always think of ourselves as changing so much as we grow up, but maybe it isn’t really such a change after all.

Things like our smile, laughter, frowns, and other facial expressions really don’t change to very much over the years. We just think they have changed until we see them do the same thing years later that you have see in a picture. That is what happened to me when Corrie noticed that in the picture I took on Christmas eve. She saw that it looked a lot like one that had been taken years ago on another Christmas eve. She hasn’t changed much at all. She still has the ability to throw her head back and laugh as hard as anyone…just like she did as a kid. 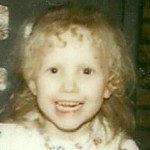 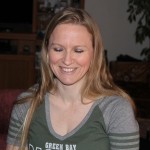 Laughter is such a wonderful part of our lives. It is something that adds meaning to our lives. There are things in our lives that change…never to be the same again, and there are things that never change. It makes me glad that the laughter and the way people laugh just never change. The memories that include laughter are the best kind of memories there are. Every time I think of my kids laughing I can now remember the laughter as little ones, and realize that it is the same and the grown up daughters they have become. I love that some things just never change…don’t you?