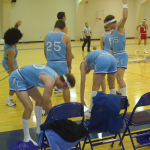 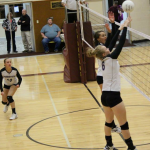 I was reading a cartoon yesterday morning in the newspaper…which is rather unlike me, because I don’t usually read the comics. Nevertheless, this one stood out to me, and so I read it. In this comic, a boy is looking at his dad’s high school year book, and the basketball team that his dad was on. Well, in those days, the shorts were short. The boy commented that with, “Too much leg Dad. It’s disturbing!” Upon reading this, I was taken back to the 1970s, when everyone wore short shorts…especially in sports. Of course, there was another thought that came to mind. When did kids start talking that way…disturbing…seriously!! In my day, we wouldn’t have used that word. It wasn’t that we didn’t know big words, it was just that in the era of slang, we didn’t conform to our parents way of talking. It almost sounds like kids are little grownups these days.

So much has changed since the 70s. From the styles to the way kids talk. When I was a kid, the only time most guys wore shorts was when they were playing basketball or some such sport. My husband, Bob never wore shorts until about the last ten or fifteen years. It was like he thought that shorts on a man made him a wimp. Of course, by the time Bob started wearing shorts, they were to the knee or a little below on the men, so it just felt different. In many ways, I suppose the short shorts on the men was…disturbing. I can’t say exactly why it is ok for a girl to wear short shorts, and not a man, but somehow it just is.

As the young man in the comic got done telling his dad that short shorts on men were disturbing, the dad, made the commented that he had come from a time when “shorts were worn above the ankle.” That made me laugh, at the thought of the shorts on men going almost to their ankles. It would be even funnier, if it weren’t so close to the truth. Not only are the shorts now, the length of a woman’s Capri pants, but they are totally baggy…as are the pants. In the 70s, the men wore tight pants like the girls do now. To me, today’s baggy style has a sloppy look, but it is the style of the young, and their choice. I don’t say that men need to wear their pants skin tight, but it is nice if they stay up without suspenders. 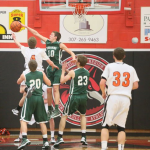 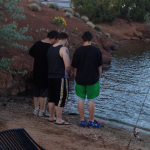 As to short shorts in sports, there are those sports, such as track, where clothing needs to be more form fitting so as to be out of the way, but in sports like basketball, they maybe should be a little bit longer and loose. I suppose it depends on the athlete and their style and comfort, and on the school and the style of uniforms they choose and that they can get. In the 70s, I doubt there were any basketball uniforms for boys that had long baggy shorts, so to have a uniform, schools had to go with what they could get. That was just the way it was. Sorry kids of today, back then, shorts were actually above the ankle.