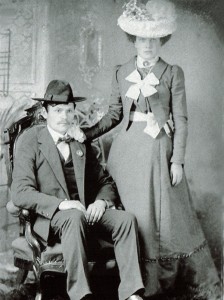 2 Responses to The Thrill Of Her Life