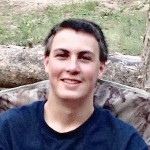 My youngest grandchild is turning 15 today. That means that all of my grandchildren will be driving in some capacity. Three have their driver’s license, and now Josh will have his learner’s permit. It’s a very strange feeling when all of your grandchildren are driving. It brings you to a place of wondering where the years have gone, and how they could have gone by so very fast. It seems like only yesterday that my daughters were getting their licenses, and now my last grandchild is taking that step too. Josh has been studying like crazy for his test. Some kids don’t study and some do ok, but Josh doesn’t want to take any chances.

Like his brother, Josh already has a car, or in his case a pickup. He has been making payments to his parents to buy the family’s extra vehicle, and he’s doing a pretty good job making those payments, especially since he doesn’t have a job yet. He has been mowing lawns and other odd jobs to earn money, but now that he is 15, he is hoping to find a real job. I suppose that we will no longer have someone to mow our lawn now…but you never know, perhaps one of our grandsons will take pity on their grandpa and do that job for him.

Josh is a hard working student, and he proudly told me the other day that he has straight A’s. I know it is early in the year, but Josh hates to have grades that are not A’s, so he keep close tabs on his grades. It’s not that school is easy for Josh, because he has to work hard for his grades. He just doesn’t want to find out that he has a lot of catching up to do at the end of the quarter. It is the best way to do things, I’m sure you will agree.

While all of Josh’s accomplishments have made me so very proud of him, the thing about 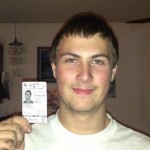 Josh that has most surprised me is the fact that he has grown so tall and slender. Josh was born 5 weeks prematurely, and spent two weeks in Denver in the neo-natal ICU. When he came home, he set himself to the task of catching up. He ate and ate…even getting a little chunky…until he started to walk, that is. That was the last time he was chunky. Now with the added height, he seems even more slender…but it is just normal for him. He towers over me now, and…yes, he loves that too. So much has changed in Josh’s life, it has been like watching a movie in hyper-speed sometimes. Today is Josh’s birthday. Happy birthday Josh!! Have a wonderful day!! We love you!!

2 Responses to So Much Has Changed