Not The School It Was 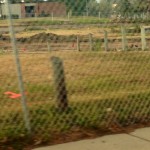 When I picked my grandson, Josh up from Kelly Walsh High School the other day, we drove past the area where they are tearing up the old teacher’s parking lot for the school renovation project that is going on in several schools around town. Josh said, “When I look at that, it makes me sad?” He hated seeing the school he had known change. I found that a little surprising, in that this is Josh’s first year at Kelly Walsh, but when I thought about the fact that Josh’s older brother Chris has gone there for 3 years, it made sense that he would think of this school as a place he knew well. We continued down 12th Street, and past the swimming pool and he mentioned the building that was the entrance to the pool, and it really hit me.

Kelly Walsh High School has been a part of my life since I was a kid. It first opened in 1965, when I was just 9 years old. It wasn’t long after that that my sisters and I began going to Kelly Walsh High School to go swimming, almost every weekday in the summer. We walked past Pineview School to 8th Street, turned on Sally Lane, crossed the foot bridge to Forest Drive, went up to 12th Street and up to Kelly Walsh pool. It was so much fun to go swimming there every summer, and now the building is gone and the pool will follow. All those years of that pool being such a huge part of my summer…and now it will be gone. 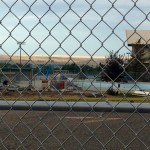 So many changes are about to occur to the school where I spent my high school years. When the work is done, I don’t know if I will even recognize it. After my graduation, my sisters attended there, and then my older sister’s older children, and then when my girls started high school it was at Kelly Walsh, and once again I spent time there. Now, two of my grandsons are there and I am spending time there again. Kelly Walsh High School will always be a part of my life it seems, but it will not always be the school it was. I know it will be a better school when they are done, and I know it is a necessary change, but it still makes me sad too.