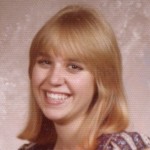 Yesterday, we went to a barbecue at my sister, Caryl and her husband, Mike’s place out west of Casper. It is a place they are actually working on, and plan to live on when the retire. For now, they live in Rawlins, where he is a supervisor at the Sinclair Refinery and she is a Respiratory Therapist at the Memorial Hospital of Carbon County. The land they purchased will give them the opportunity to do something Caryl has wanted to do for as long as I can remember…have horses.

When Caryl was younger, she decided that she wanted to learn to ride horses, and she began taking riding lessons…oddly in the same general area of the land she and Mike have now 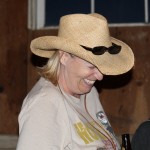 purchased. Caryl loved those riding lessons, and became quite good at riding. Then, as with all of us, life takes us down a different road than the one we expected to take, and the plans we had made in our youth are traded for the plans we will now make as adults. After moving to San Diego, California, and then to Bremmerton, Washington, and finally Twin Falls, Idaho, she found herself back in Casper, and then moving to Rawlins. There weren’t many opportunities to ride horses where she was living.

Now, coming full circle, her life’s journey will once again place her in Casper, and living in a place where she can finally realize a dream that she has had for so many years. It didn’t occur to me that Caryl might actually be a country girl. I had lived in the 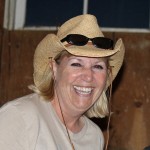 country for 16 years, before realizing that the country was not where I wanted to be, and Caryl had lived all her life in town, and now plans to be a country girl. It is so strange how life changes sometimes.

I’m so excited for Caryl to be able to realize her dream. She seems so much in her element. It’s funny how I never really saw the cowgirl in her before. It’s just right for her. I’m sure she feels like their retirement can’t come soon enough. Today is Caryl’s birthday, so I guess she is one year closer to that big day. Happy birthday Caryl!! Have a great day!! We love you!!