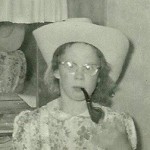 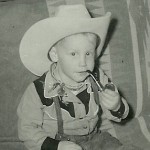 My husband, Bob and his sister, Marlyce were born 4 years and 1 day apart, on July 9, 1950 and July 10, 1954. Birthdays were always a shared event, and they both seemed to like that. Marlyce always thought a lot of her little brother, a fact that could have come from those shared birthdays, or the fact that Bob is a funny guy much of the time. He was the first boy born in the family, and took it upon himself to regularly tease his older sisters…and later on, his younger sisters and brother too. That is pretty much the kind of guy he is. He loves to laugh, and joke around with people. I suppose that was a lot of his charm when I first started dating him, and what has kept our marriage going strong after 37 years. The ability to laugh when so much in life is tough all around you is a great asset.

Bob and Marlyce usually thought many of the same things were quite funny, so the little antics they used to pull usually involved both of them. Marlyce was developmentally disabled, so I have a feeling that Bob played the lead in a lot of the fun, but Marlyce could probably come in a close second. And what one thought was funny, the other would very likely agree with, so they were always laughing. I have noticed that in pictures, these two are often doing the same or very similar things, like wearing their dad’s shoes, or pretending to smoke a pipe. Everyone else in the picture might look perfectly normal, and then you notice the goofy kids doing something totally odd. 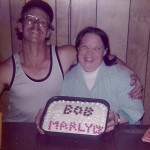 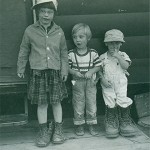 together. They had such great fun at those celebrations. Of course, Bob has a way of making a girl feel special…even when he is picking on them, so sharing the spotlight with him is usually a very good thing. Marlyce loved her brother very much, and especially loved his teasing, and I suppose that is also why she liked to do so many of the same things he did, or maybe he just did cool stuff. They were just a goofy pair.