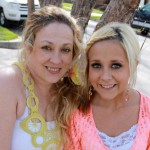 On Saturday, at a baby shower for her sister, I watched my niece, Chantel struggle with the fact that her daughter is going to be going to college in Montana, and it is a 10 hour drive, which will make weekend visits impossible. As the tears flowed, triggered by advise she was reading to her sister on raising kids, my heart just ached for her. The game was meant to be fun, but for Chantel, well, it just made her wish she could turn back the clock. She and her daughter have always been close and the thought of her moving so far away leaves an emptiness that can’t be filled. Yes, they will Skype and there may be a trip or two before the weather gets to where that is dangerous, and they will fly Siara home for Christmas, but that still leaves a lot of days without her daughter…her baby being in her everyday life.

That is a tough place to be, but unfortunately it is also one of the seasons of life. My thoughts went back to some of the seasons of life that have torn at my heart. Probably one of the first ones that I remember, and was when my sister, Cheryl who is Chantel’s mother was moving to New York. We were also faced with the fact that we would be able to see her, maybe once a year, and the days leading up to that move were filled with quite a few teary moments too. Then there came my sister Caryl’s move to San Diego, and while that move was easier in terms of the fact that we had been down this road before, it was still very hard. We are simply a family of people who stay close to home. We are all in Wyoming at this point, except one nephew, Allen, soon to be stationed in Japan for 2 years and one niece, Lindsay in college in South Dakota, and now Siara in Montana.  We just like to be close to each other.

I remembered my own seasons, which while not as hard were nevertheless, hard at the time. Corrie getting married. That first child leaving home moment is a hard one, even when they don’t move away, and then there is a semi-funny moment, when Amy went to 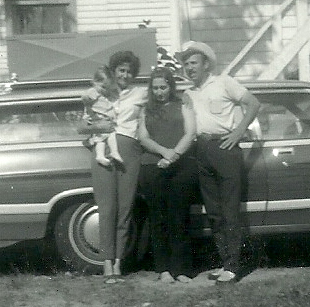 pre-school, and was so excited that she left me at the door. I was the whiny one who had to go in the room and kiss her goodbye, hahaha.

My thoughts wandered back to Chantel, and her breaking heart, and while I knew that this moment felt to her like she would never feel better, I knew also, that she would. The sting of those feelings eases with time, and while a dull, lonely ache hurts in its own way, it is easier than the intense pain of the moment. My guess is that Siara, like most of our family, will return to Casper after college, and the season for leaving will be for Chantel, a distant memory.