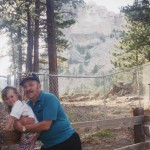 My dad loved pretty much everything that had to do with history. I suppose that is why we stopped at every historical marker or historical site we found. Dad wanted his kids and grandkids to know as much about our nation’s history is he could show us. He wanted us to know where this nation came from, how it progressed, and what it had accomplished…what our ancestors and the ancestors of others had accomplished. From the founding fathers who started this country, formed it ideals and its government, to the days of the horse and buggy when the pioneers began to head west, looking for their fortune and a place to put down roots. He loved the old west.

He showed us so many aspects of history, that we almost felt like we were there. I 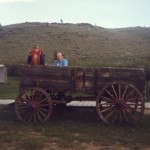 sometimes wondered how he could have possibly known so much about things from the past. Of course, now I know that some things were taught or passed down, and many things he read about. He simply absorbed the information. And he also had a flair for story telling, so he often made history seem like he had actually lived it. These are stories and places I will never forget, although I’m sure I didn’t completely appreciate all of it like I should have, but I guess most kids wouldn’t have.

My dad was very patriotic and loved his country. I suppose that is one reason he loved the Black Hills so much. There was so much history there, and so much information. Just spending a little time listening to one of the many speakers at Mount Rushmore, can open a bounty of information. To this day, I can’t go to Mount Rushmore 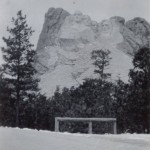 without feeling a sense of awe. There is a need to show respect to the memory of those great presidents. Almost a need to be very quiet…or at the very least, whisper. Kind of a show of respect.