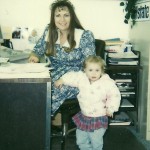 From the time they were just little kids, my grandchildren have loved to visit me at work. Grandma’s work was a cool place to go, as well as a place they could go when they didn’t feel well, and their mom’s had to be at work. They would bring a blanket and pillow, and camp out under my desk, often sleeping the day away with no one but Jim, my boss, and me knowing that they were there. It was a place of refuge for them, and their mom’s and I knew they were looked after. Not many children got to go stay with their grandma at work, and we all knew what a great blessing it was, and what a great boss Jim is.

As they got older, the kids often came into my office after school, so they didn’t have to be home alone. They sat and read a book or did their homework 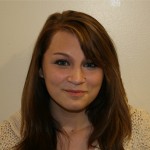 until the day was over and then went home with their parents. I suppose it was a strange office in the eyes of many people who knew what went on there, but to me and to my grandkids, it was a blessed office…and a blessing to those in it. Yes, it was unconventional, but ours is an unconventional office. We are real people…not a corporation. Jim understands that sometimes life collides with the office…sometimes in bigger ways than others. Sometimes that means being away from the office, other times it means having an extra person in the office. Jim always allowed me to make our office a safe place for my grandchildren, and they in turn think of him as an uncle.

Sometimes, the turn of events can be strange to say the least. When you open the doors in a time of need, even such a small need as a sick child, you 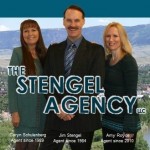 also open the door to what the future can bring. As Jim got to know my children and grandchildren, and allowed me to help them with their needs, he has also found several employees among them. Two of them, Amy and Shai work in our office now. Caalab is our part time maintenance man, mowing the grass at the edge of the parking lot and emptying trash, as well as helping with other odd jobs around the office. Corrie designed our website, and her husband Kevin took the pictures of the staff for the site. It’s funny that what began as a one man office, has now become a family affair, and the only non-family member is the boss…but, then again, we consider him family too…maybe by adoption of sorts. Not on paper, but in our hearts.

One Response to Grandma’s Office