The Boys Of Fall 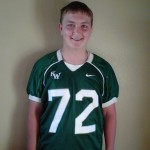 Today was my grandson’s first football game of the year. Chris is a Offensive Guard and Defensive End. This is the sport Chris lives for. He eats, sleeps, breathes and dreams it. His favorite thing to do in the game is to take out the Quarterback. Chris has an amazing way of knowing exactly where the other teams Quarterback is. I suppose that doesn’t sound so odd to a football player, but to those of us who do not play, it is amazing. He may not always be able to sack the Quarterback, but he will always try.

The football players are looked up to in school, which is another thing I never understood, but I’m sure it all has to do with the warrior syndrome. We always seem to notice the super hero. And that is what these boys are, and deserve to be. They work very hard to get where they are, and even harder at game time. They are the heroes of the school when they win, and they are shredded when they lose. It’s kind of a thankless job, but someone has to do it right.

So why do they do it? I think part of it is the adrenalin rush they get when a play comes together just as you had planned, or when a player makes a save that seemed impossible. It’s the love of the game…the tactical planning, and then the ability to bring the plan together. I’m sure it also has to do with the cheering crowds and knowing that they like what you just accomplished. It would be something that would give you a kind of high that you can’t get anywhere else. 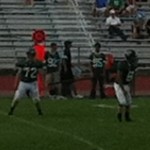 Now, don’t get me wrong when I say that there are things about this game that I don’t get, because I love football…especially when my grandson is playing. I look up to those boys as much as anyone. I feel pride because to me they are the school heroes. They charge out there into battle and give it their all, trying to win. They are the boys who choke back their feelings of disappointment over a blown play, or a lost game, and come back the next game and try again. Boys who go home filled with aches and pains, whether they won or lost. Boys who earned the glory they get from fighting the battle…win or lose, The Boys of Fall. My grandson is one of them…and I am very proud of them and him.

4 Responses to The Boys Of Fall