The Best Dad Ever 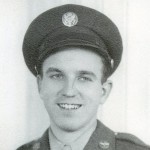 Today is Father’s Day, and while I wish all the dads a happy Father’s Day, I feel a little bit like an orphan. My dad went to Heaven 3 1/2 years ago, and it is something I will never really get over. I have felt like the impossible has happened. The world has continued to go on and my Dad hasn’t. It is just wrong that the world should go on as if nothing happened when our loved ones have left this world. I have feel like the world should sit up and take notice…why doesn’t it? Why?

I guess it is supposed to get easier…that time will dull the pain…but how long does that take? There are times when it seems like it has gotten worse. My heart doesn’t seem to know that it is supposed to hurt less with time. It just hurts!! I miss my Dad!! That doesn’t change!!

So, that said, my Dad is very much on my mind and heart today, as he is every day. He was such a sweet caring man…so patient with his girls, and I for one was a bit of a challenge. I always liked a…good debate…no I liked to argue, and I was very opinionated. But Dad was patient and put up with it…most of the time. And we had an understanding about it. When he said, “Don’t argue with me!!” I didn’t..anymore…at least for that moment. I knew that was the end of the discussion…he had had enough. Dad rarely lost his temper, even when we argued. He just got done.

Dad was a quiet hero. He fought for his country during World War II, but never spoke of it, unless we pried it out of him. He never thought of himself as a hero. On a rare occasion, when I took him to the airport to see the B-17 bombers, which is what he was on during the war, he told me a few things. He talked about where he stood and how he worked his gun. He talked about the work he did as flight engineer. The flight engineer was the go to man in any emergency. He had to know the systems and be able to do anything the ground crew could. If the plane was in trouble, he was the best chance they had to avoid

a crash. That day did come for my dad’s crew when the landing gear wouldn’t come down, and my dad had to hang upside down in the bomb bay area and crank down the landing gear, saving the lives of his crew members.

Dad was all that to our country, and yet such a good dad. He always knew what to do to solve a problem. Maybe that came from his training, but I really think it came from his deep love for his family. He would have done anything to fix things for his family. He was an amazing husband and dad. We were so blessed to have him in our lives, and I just wish he was still here. Happy Father’s Day Daddy!! I love you and I can’t wait to see you again!!