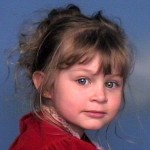 One day after the birth of my first grandchild, my life was again blessed with my second, a little girl named Shai. She was born on Leap Day, so she really doesn’t have a birthday this year…exactly. I tell her that in the nano-second between 11:59pm and 12:00am, between February 28th and March 1st, her birthday happens. My boss and hers, Jim, says she will need to “party fast” so she doesn’t miss it. Yes, Shai is a Leap Day baby. She gets a birthday only once every four years. Her brother and cousins used to tease her that they were already older than she was. And she hated that until I told her that it was true that they are “older” than she is, but she will get to drive when she is 4 and they will have to wait until they are 16. Another really cool fact concerning being a Leap Day baby that I’m sure she hasn’t considered yet, but every woman who thinks about it will appreciate…she won’t really be 15 until she is 60, and seriously…what 60 year old woman wouldn’t want to be 15.

When Amy told me that she was going to name her daughter Shai after a little girl she to take care of at the day care she was working at, I was…well less than excited about it. I worried that the name Shai, pronounced shy, would get her teased. So I suggested some “variations” on the name. They were quickly rejected, and Shai it would be. Now that I know her, the name just fits her so very well, even though she isn’t one bit shy, and when you add the fact that the name Shai means “gift” in Hebrew, well I’m sold, because that is what she has been. Being the only granddaughter we have, she most certainly is a gift to us.

Shai is very much the grown up young lady and a girly girl. She loves to shop, get manicures/pedicures, and she is a boy magnet. Her love of shopping came early, when at around the age of 4, she wanted to go to Target. When her mom said that she didn’t have enough money to go shopping that day, 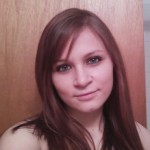 Shai simply said, “Well, charge it!!!” All kidding aside, I feel very blessed that she is also a very responsible girl and does an awesome job at work.

Her responsible ways came very early on, when at the age of 10, when my parents were both quite ill, and unable to care for themselves, she stepped up. Thankfully it was during the summer, because, my sister suggested that Shai come during the day and be with them. Like a little trooper, she stepped up and cared for them for more than a month, giving them their meds, getting them food and drinks, and every other job a nurse would do. We were very proud, and most grateful to her, and always will be. Happy Birthday Shai!! We love you very much!!