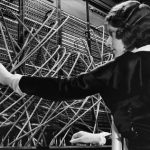 Years ago, when the telephone first came out, the only way to call someone, if they had a phone, that is, was to go through the operator. Basically, you picked up your phone, and often, cranked a ringer to get the attention of the operator, and then told them who you wanted to talk to. The operator would then connect you with the person you were calling by way of a switchboard. Of course, that meant that the operator could also stay on the line and listen to the whole conversation, if she chose to do so. The switchboard operator was needed to make any call except if two people had a party line.

Many people have no idea what a party line is, but my friend Gale Dugger Oskolkoff had one when her family lived in the Casper area, and her, her sisters, and I used to have a great time listening in on the calls that were made to a girl who had the unfortunate position of being a teenaged girl with a boyfriend and a party line. She use to get so mad at us. I don’t even know her name, but if she could have, I think she would have reached through the phone and choked us. Of course, I feel sorry for her now, because there was pretty much no privacy in her love life, but it was fun…for us anyway.

Before long, party lines became a thing of the past, and while direct distance dialing came into being before party lines went out, direct distance dialing was a brand new technology on November 10, 1951, when it was first offered on trial basis at Englewood, New Jersey, to 11 selected major cities across the United States. This service grew rapidly across major cities during the 1950s. The first direct-dialed long-distance telephone calls were possible in the New Jersey communities of Englewood and Teaneck. Customers of the ENglewood 3, ENglewood 4 and TEaneck 7 exchanges, who could already dial New York City and area, were able to dial 11 cities across the United States, simply by dialing the three-digit area code and the seven-digit number, which at the time consisted of the first two letters of the central office name and five digits. On November 10, 1951, Englewood Mayor M. Leslie Denning made the first customer-dialed long distance call, to Mayor Frank Osborne of Alameda, California.

The eleven destinations at that time were: 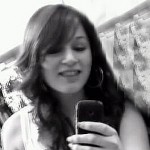 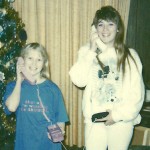 Many other cities could not be included, as they did not yet have the necessary toll switching equipment to handle incoming calls automatically on their circuits. As with any technology, these changes take time to implement. Other cities still had either a mixture of local number lengths or were all still six-digit numbers. Montreal, Quebec and Toronto, Ontario in Canada, for example, had a mix of six and seven-digit numbers from 1951 to 1957, and did not have direct distance dialing until 1958. Whitehorse, Yukon, had seven-digit numbers from 1965, but the necessary switching equipment was not in place locally until 1972. 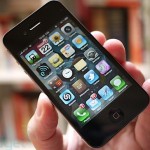 These days, all this seems completely archaic, considering the fact that even the phone lines that were installed on poles and underground are almost not necessary in today’s world. With the implementation of wireless…everything, we no longer need to have a phone line to have a phone, and in fact a home phone is not necessary for most people, because a cellular phone can be taken with us where ever we go, so we never need to miss a call, unless our work does not allow us to have the phone with us. Phones have come a long way since the days of switchboards, operators, and phone lines, and I think most of us would agree that it’s better now, although there are those who like to be disconnected.