A Couple Of Little Boys At Heart 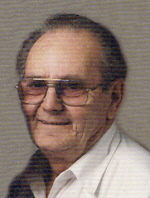 My Uncle Jim and my dad were a couple of characters. They loved to get together and when they did, oh boy…watch out. They would tease the kids and our moms, and manage to get everybody laughing. It was always such fun to have Aunt Ruth and Uncle Jim and the kids come to our house or to go to their house. It didn’t matter how you felt before they got started, because after they started joking around, you felt great. It was just an ability they both had and when you put the two of them together, they were doubly funny. Sometimes I think they drove our moms crazy…especially when they got us kids going. And since they moved away, I think my dad always did his best to live up to the old tradition…or maybe he started it in the first place. It’s hard to say.

Dad and Uncle Jim liked to invent different soups too. They would just start throwing different ingredients in and cook it up. They were pretty good at all this, because no one complained. Many men can’t cook at all, much less make up a recipe as they go along. In fact, a lot of women can’t do that. I know I’ve tried to add things I thought would be good, and it wasn’t so spectacular. I guess you were just born with a

certain knack for it.

We always had so much fun when Uncle Jim and Aunt Ruth and the kids lived here, and it was really sad to see them move away. Time and distance have pushed our lives further and further away from each other. My cousin Larry passed away in 1976, Aunt Ruth in 1992, and my dad in 2007. We hadn’t seen much of Uncle Jim, Shirley, or Terry for a long time, until Facebook brought us back together. That is something I am very happy about. My Uncle Jim turned 90 a few days ago, and while he is in a nursing home with Alzheimer’s Disease, I am still thrilled that he has reached such a grand old age. And I’m quite sure that whether people see it or not, there is still that little boy in there somewhere. Uncle Jim and my dad were always just a couple of little boys at heart